Access the world-famous Mosque Cathedral of Cordoba on a 1-hour guided tour, and discover the largest Western Islamic mosque, converted into a Christian church in the thirteenth century.

Access the world-famous Mosque Cathedral of Cordoba on a 1-hour guided tour, and discover the largest Western Islamic mosque, converted into a Christian church in the thirteenth century. 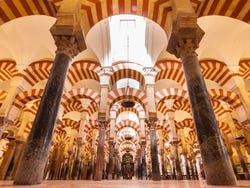 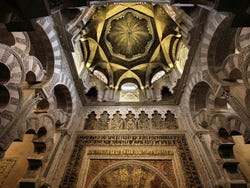 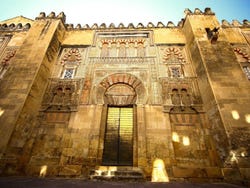 Meet your guide at the Patio de los Naranjos, next to the bell tower, at the scheduled time and walk straight into the Mosque Cathedral (mezquita-catedral in Spanish) with your official English-speaking guide, skipping the long queues of visitors.

While you marvel at the Prayer Hall, the Mihrab, the stunning red and white columns, your guide will explain the following, among many other things:

Want to visit other tourist attractions?

You can also book these tours:

Skip the line tickets to the Mosque Cathedral of Cordoba.

US$ 26.90
Free cancellation up to 48 hours before the service starts
Book

Our guide went from the beginning of the activity to the access to the interior of the mosque managing the entrances to the enclosure, not being able to focus on the explanation. The rest of the activity was great in its explanations. At the end, very busy schedule, it could not answer the questions of the group. I think they should improve when it comes to buying tickets and optimizing the time of the activity Thank you Opinion translated. Show original.

9.60 / 10 2,385 reviews
This tour of Cordoba's historic centre covers the ancient city's most iconic sights. Visit the Jewish Quarter, the Alcazar and the Mezquita with an expert guide
US$ 46.80
Book
like

9.40 / 10 103 reviews
Relive the splendor of the Umayyad Caliphate during this magical experience. A bath in a traditional hammam, only a few meters from the Mezquita (Mosque).
US$ 55
Book
like

9.10 / 10 16 reviews
Discover the beauty of the fascinating Mosque-Cathedral of Cordoba on this private guided tour with an exclusive English-speaking guide just for your group.
US$ 140.60 per group
Book