Indulge in the rich culinary culture of the Canary Islands on this irresistible food and wine tasting tour of Tenerife's guachinches, traditional local taverns. A true treat for your tastebuds!

Indulge in the rich culinary culture of the Canary Islands on this irresistible food and wine tasting tour of Tenerife's guachinches, traditional local taverns. A true treat for your tastebuds! 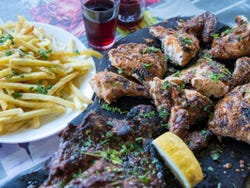 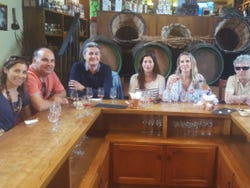 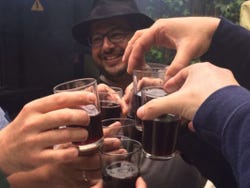 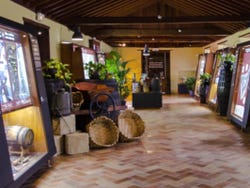 After being picked up from your hotel, you'll set off in the direction of El Sauzal, a town in the north of Tenerife, where you'll visit the famous Casa del Vino or "House of Wine". At this museum you'll enjoy a tasting of three local wines: a red, a rosé and a white. Learn to differentiate their aroma, texture, colour and taste, and discover how they are emblematic of winemaking in the Canary Islands. Your wines will be accompanied by a delicious selection of local cheeses too.

From the wine museum, you'll head to the town of Santa Ursula, where you'll have lunch at Guachinche Casa Lito. These traditional restaurants are typical of Tenerife and have their origins in tasting parties hosted by winegrowers, and are therefore the perfect location to indulge in the island's culinary heritage. You'll be served an authentic Canarian menu including fried cheese, escaldón (stewed meat with gofio, a flour made of toasted grains), wrinkly potatoes with mojo (a chilli garlic sauce), eggs "al estampido" (fried and sprinkled with paprika) and ropa vieja, a dish of pulled stewed beef. Mouth-watering!

The final stop on your unforgettable culinary tour of northern Tenerife will be at Bodegas Monje, a winery where the Monje family have been making their wine since 1750. As well as taking a tour of the facilities, you'll enjoy a glass of dessert wine and coffee to put the finishing touch on a fantastic day, before making the return journey to your hotel.

This tour includes a hotel pick up service from the main tourist areas of Tenerife:

Entrance to Bodegas Monje winery, with tasting of a dessert wine and a coffee.

It was beautiful. We got to experience a snippet of the richness of food and wine in Tenerife. And Johnny was a kind and amazing tour guide!

10 / 10 2 reviews
If you're in Costa Adeje, don't miss out on our Costa Adeje 5 Hour Whale & Dolphin Catamaran Experience! We'll cruise along Tenerife's western coast in search of dolphin and whale families.
US$ 65
Book
like

8.80 / 10 5 reviews
Travel through volcanic landscapes from the heights with this Teide Observatory Day Trip + Transfer from South. You'll admire the best views from the cable car!
US$ 71.90
Book
like

8.70 / 10 3 reviews
Visit the highest peak in Spain and admire the volcano with this Teide Cable Car + Hike Experience. Enjoy incredible views and an unforgettable hiking route.
US$ 104.40
Book