Explore a real Soviet bunker from the time of Stalin with this private tour of the Rock departing from Kyiv. An exclusive guide will be working just for you and your family, friends, or partner.

Explore a real Soviet bunker from the time of Stalin with this private tour of the Rock departing from Kyiv. An exclusive guide will be working just for you and your family, friends, or partner. 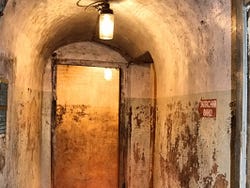 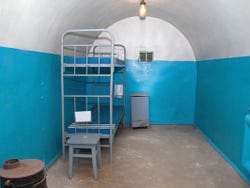 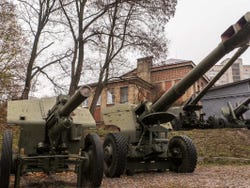 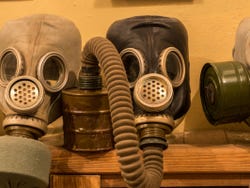 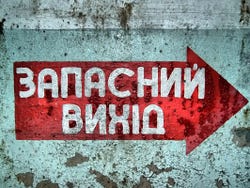 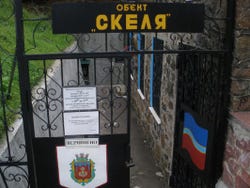 After picking you up at your hotel in Kyiv at 8 am, we will set off for the bunker known as The Rock, located in the town of Kórosten. The pleasant journey in a comfy minibus will take three hours.

Once there, we will access the facilities of this underground construction to begin a fascinating two-hour guided tour. A tunnel of more than 500 feet long and up to 30 rooms will show us how panic was experienced in the days leading up to the Second World War.

The bunker, which dates back to the 1930s, was excavated in the rock to ensure its defensive character against possible nuclear attacks. In its different rooms, we will see gas masks, explosion-proof doors, military weapons, and even projectiles.

Later, we will leave the bunker and stop at a restaurant to enjoy a meal consisting of two traditional Ukrainian dishes: borsch (a vegetable-based soup) and varéniques (stuffed pasta), and a fruit drink.

After lunch, we will end the private tour by taking you back to Kiev and dropping you at your hotel at 5 pm.

Transport by car or minibus, depending on the size of the group.

Entry to the bunker museum.

Private tour, exclusively for you and your companions.

Per group from
US$ 199.90
Free cancellation up to 24 hours before the service starts
Book

9.40 / 10 28 reviews
Chernobyl and Pripyat are sadly infamous due to the 1986 nuclear disaster. Experience the ghost town and see the destruction caused.
US$ 102.90
Book
like Free

10 / 10 3 reviews
Explore the Ukranian capital city of Kiev on this walking tour and discover its most iconic monuments. And the best part? It's free!
Free!
Book
like

No rating yet
Discover one of Kiev's most striking features on this tour of its street art and murals with an exclusive guide just for you and your group.
US$ 29.50
Book