Discover the incredible heritage & landscape of Sicily on this excursion to Etna and Taormina. An unforgettable adventure!

Discover the incredible heritage & landscape of Sicily on this excursion to Etna and Taormina. An unforgettable adventure! 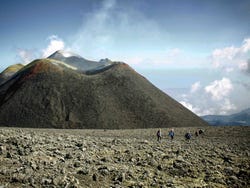 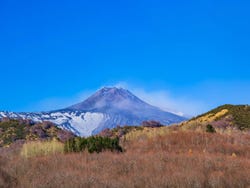 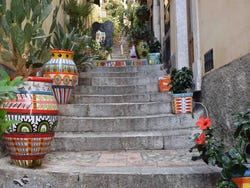 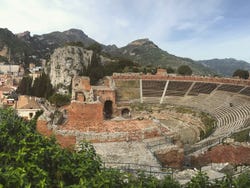 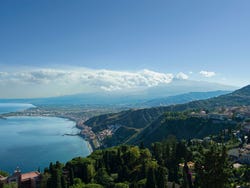 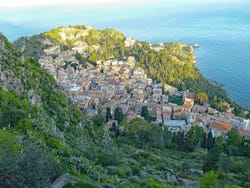 After picking you up from your hotel in Syracuse at 8:30 am, we'll depart for the Sapienza Refuge, located 1920 meters above sea level. Before reaching our destination, we'll make a brief stop at a volcanic cave, which you'll be able to enter and explore by flashlight.

From this point, you'll take a guided hiking route up the paths of Etna Park, up to 2000 meters above sea level. Or, if you'd like, you can go for the 'Etna high altitude' option (not included), which will take you on the Mount Etna cable car and a 4x4 off-road vehicle to reach Philosopher's Tower, the highest outpost in the area.

Next, we'll head to a town called Zafferana Etnea. In this charming village, you'll learn all about the production of Sicilian honey and even get a taste of the local gastronomy.

Following our visit to Zafferana Etnea, we'll continue to our next stop: Taormina, a beautiful town with extraordinary views of Etna Park. Passing through the old city gates of Porta Catania and Porta Messina, we'll make our way to the historic center, where we'll wander medieval streets and soak up the essence of Sicily. You'll have the chance to taste some of the area's most typical dishes and pick up some souvenirs.

We'll also visit the Teatro Antico, the second largest ancient theater in Sicily, as well as the Villa Comunale, beautiful English-inspired gardens. This municipal park, originally commissioned by Lady Florence Trevelyan, a cousin of Queen Victoria, boasts an impressive array of exotic plants - truly a treat for the senses!

After ten hours, we'll take you back to your hotel in Syracuse and the excursion will end.

Guided tour of the Silvestri Craters

Tasting of honey and other local products

US$ 128.90
Free cancellation up to 48 hours before the service starts
Book

New
Ascend to the top of Mount Etna on this excursion from Syracuse. You'll also visit the charming town of Zafferana Etnea & learn about honey production!
US$ 99.60
Book
like

New
Discover the wonders of Sicilian Baroque on our Ragusa, Noto & Modica Day Trip from Syracuse. You'll explore three different beautiful places and admire their iconic architecture.
US$ 128.90
Book
like