Make the most of your time in Viseu enjoying a free walking tour of the historic city. You'll discover its most emblematic places of interest and learn all about its history.

Check out all the activities in Viseu

Make the most of your time in Viseu enjoying a free walking tour of the historic city. You'll discover its most emblematic places of interest and learn all about its history. 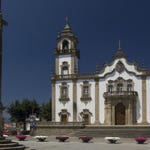 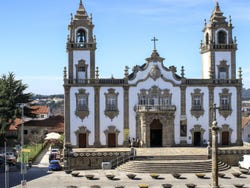 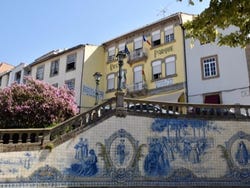 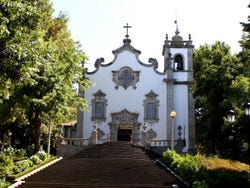 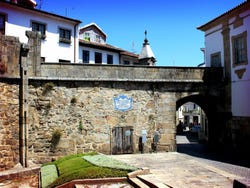 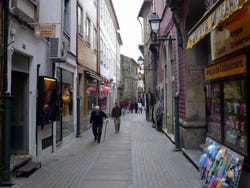 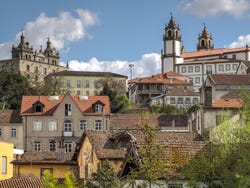 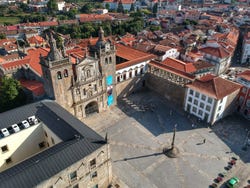 At your selected time, we'll meet next to the Terceiros de São Francisco Church in Viseu, ready to set off on our free walking tour of this charming Portuguese town.

Located in the heart of northern Portugal, Viseu is situated at the intersection of several important Roman roads linking Mérida, Lisbon, and Galicia. It's no surprise that the city is packed full of history, and we'll delve into its past on our free tour.

First of all, we'll approach Viseu Town Hall, located in Praça República, also known as the Rossio. Here, we'll admire the beautiful mural made of the area's characteristic azulejo tiles.

Next, we'll pass through the Porta do Soar, a gateway in the old city walls, before reaching Viseu Cathedral, an impressive twin-towered building dating back to the 12th century.

After discovering the historic charms of the cathedral, we'll turn to admire the nearby Church of Misericórdia. The guide will point out interesting details of its beautiful façade, originally built in the 16th century and rebuilt in the 18th century.

The free walking tour of Viseu will also take us to see the Porta dos Cavaleiros, the Cava do Viriato park and the Mercado 2 De Maio market. You'll be enchanted by the city's many unique sights!

Our guided tour will come to an end back at the original meeting point in Viseu after around an hour and a half of sightseeing.

Our free tour does not accept bookings for groups of more than 6 people. If you are a larger group, you must book a private tour of Viseu instead.

Check out all the activities in Viseu

Ya les he enviado una reclamación

No rating yet
Discover one of the most curious geological phenomena on Earth and explore the Venice of Portugal on this tour to Aveiro and Arouca Geopark from Viseu.
US$ 106.40
Book
like

No rating yet
Explore the highest mountain range in mainland Portugal and discover a charming rural town on this tour to Serra da Estrela and Covilhã from Viseu.
US$ 106.40
Book