Opulent palaces, spectacular gardens, and history closely linked to the Spanish crown – welcome to Aranjuez! Just 30 minutes south of the city of Madrid, we can find one of the Royal Seats of the Spanish monarchy. Considered a town since 1899, and declared Cultural Landscape World Heritage Site by UNESCO in 2001, today in Civitatis, we would like to share with you the must-see spots in Aranjuez.

Naturally, we start this list of what to see in Aranjuez with its imposing Royal Palace. Located on the left bank of the Tagus River, this palace is considered one of the most beautiful in Spain.

Did you know that this location used to be a palatial house belonging to the Maestres de Santiago? In 1561, Philip II ordered Juan Bautista de Toledo to build the building, a work that would be then continued by the famous architect Juan de Herrera. Years later, the building suffered two major fires that caused great damage. The building as we see today began construction during the reign of Philip V. Its magnificent two-color façade was built during the reign of Ferdinand VI and, lastly, the two lateral wings, during the reign of Charles III. That is why, opposite to it, we find the sculptures of these three kings who ordered its construction.

The Royal Palace of Aranjuez is well worth the visit, and within its walls, you will discover various chambers such as the Room of Isabella II, the Queen’s Office, or the magnificent Throne Room.

However, if there is one reason for which the palace really deserves the spotlight, it is its gardens. In 2001, the gardens were included in the UNESCO list of World Heritage Cultural Landscapes, along with the natural environment surrounding the town. They not only charm their visitors, but over the years they have served as inspiration for artists such as the painter Santiago Rusiñol and the composer Joaquín Rodrigo. Let’s find out more about them!

Another must-see place in Aranjuez is the Prince’s Garden, the largest of the gardens in the Royal Palace. This place was commissioned by Charles IV when he was still Prince of Asturias. It followed the landscape style that prevailed in Europe then and was characterized by a great variety of vegetation.

The artist in question this time was Esteban Boutelou, who also worked on the gardens of the Royal Estate of La Granja de San Ildefonso, in Segovia. Some of the main attractions of this site are the gazebo, the Chinese pavilion, and several fountains sculpted in Carrara’s marble – Narcissus, Apollo, Neptune riding his chariot are depicted amongst others.

This garden is named after its location – an island formed by the Tagus River. Commissioned by King Philip II, this is a unique example of a Spanish Renaissance garden.

Its vast green spaces are home to many plant species, large trees, wide avenues, and several stone and marble fountains depicting mythological scenes. Among the most striking ornamental fountains, we can find Hercules, Apollo, the Apothecary, the Clock, the Child of the Thorn, Venus, Diana, and Bacchus. This spot is definitely a must-see that needs to be included in the list of places to visit in Aranjuez. Also, it’s possible to explore this area is by taking a boat ride – the incredible views are very worth it!

Fountain of Ceres at the Jardín del Parterre

We continue with our selection of must-see places in Aranjuez, arriving at the Flower Bed Garden. Did you know that this garden is also a work of Esteban Boutelou? Located on the east side of the Royal Palace, it follows the layout of a typical English garden.

Left of this garden, we find another smaller one known as the Garden of the Statues, which has fourteen busts of Roman emperors and figures from the classical period.

Museum of the Royal Longboats – another must-see

Exploring the Museum of Royal Longboats

Located within the Prince’s Garden, we find another unique place to see in Aranjuez- the Museum of Royal Longboats, called falúas in Spanish. Have you ever heard of these boats before? The falúas were boats used by the Royal House in their recreational rides and performances on the Tagus River during their spring visits to Aranjuez.

Walking through the exhibits, we can admire forty different items, six of which are boats, and the rest is comprised of masts, models, and other elements related to navigation.

The beautiful facade of the Casa del Labrador, another must-see spot

For the next must-see spot in Aranjuez, we move on to the famous Casa del Labrador. This recreational palace was designed by Juan de Villanueva during the reign of Charles IV and built on the basis of a farmhouse. It’s currently located on one end of the Prince’s Garden.

The Palatine Cabinet, the Hall of Maria Luisa, the Ballroom, or the Billiard Room are just some of the most beautiful rooms that we can explore on a visit.

More than just the palace

Although both the Royal Palace and the Gardens are two must-see spots in Aranjuez, we can enjoy so many other things here. From a quiet stroll through its streets, to tasting its traditional cuisine, this town in Madrid is a perfect combination of art, heritage, culture, and gastronomy.

For instance, right when you arrive in the town, you’ll be welcomed by a beautiful Neo-Mudejar style building with a rich ornamental design – the Railway Station. Other interesting places to visit in Aranjuez are the palaces of Godoy and Osuna. If we continue walking downtown, we’ll come across the Church of San Antonio, widely used by the kings throughout history due to its large capacity.

You can continue your walk through the town, visiting the Royal Theater, the Food Market, or the Governor’s House, which housed the administrative offices of the Royal Estate. You can also visit the Queen Mother’s Coach Houses, the Palace of Medinaceli, the Hospital of San Carlos, the Convent of San Pascual, the traditional corralas, the Town Hall, or the Royal Cortijo de San Isidro. There are definitely many must-see spots in Aranjuez! 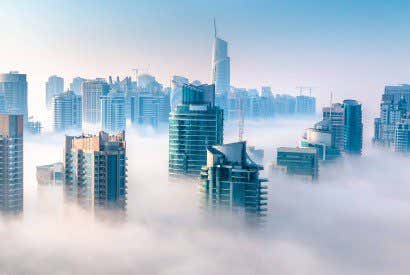 Tallest Buildings in the World 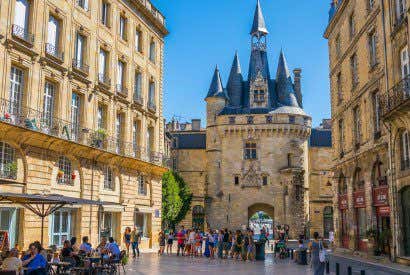 What to see in Bordeaux 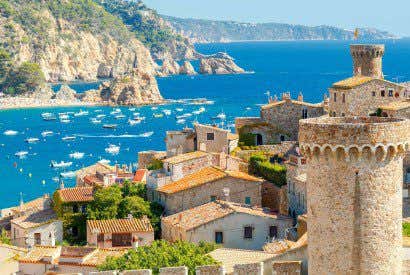 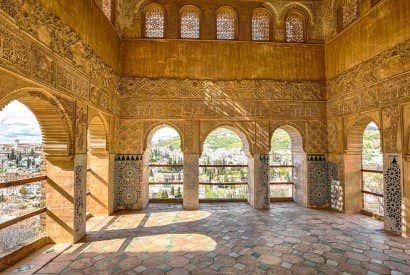