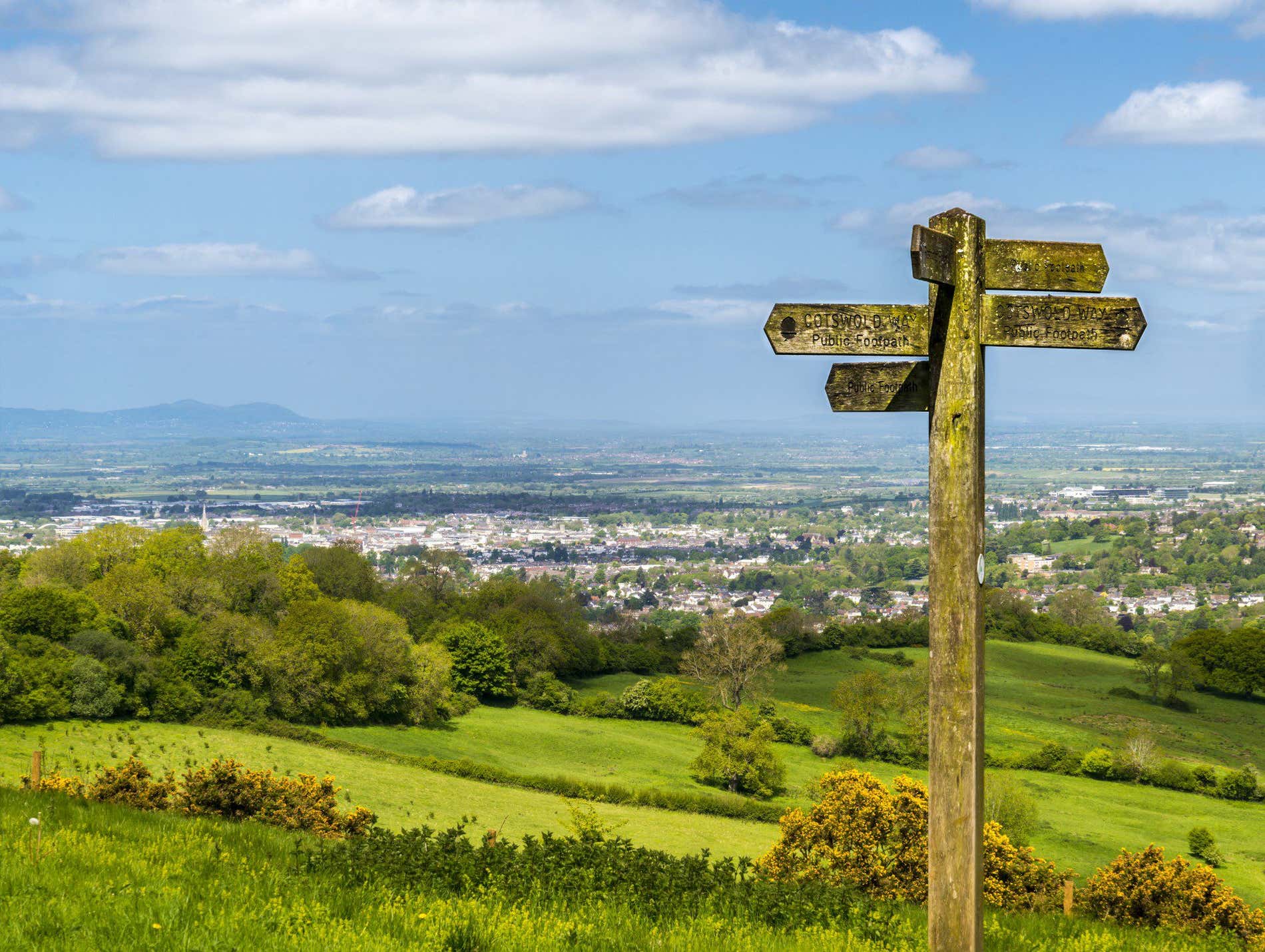 10 British Staycation Ideas to Entertain Kids (and Parents) this Easter

First thing’s first, to the parents, if you’ve made it this far, congratulations. All the worksheets and projects, the dredging of the memory banks, trying to remember exactly how to calculate percentages, and what is relief rainfall, anyway? Forget colouring within the lines, if you’ve managed to keep it on the page, and not all over the walls and carpets, you deserve a warm round of applause!

With easter creeping ever closer, our attention naturally turns to how to keep those little ones occupied over the Easter holidays, reinforce those lessons we’ve been giving and maintain our own sanity in the process!

With those slightly warmer climes perhaps off the table, for now, it’s time to pack our raincoats, and explore the rich history and culture a little closer to home. So, from Civitatis, 10 U.K. staycation ideas to keep the little ones happy, and their parents even happier!

1: Kayaking in the Lake District

Forget the Alps, Macchu Pichu, and Kilimanjaro – some of the most stunning mountain views you’ve ever seen are just a few hours’ drive away. The beauty of the Lake District has for hundreds of years inspiration for some of Britain’s greatest artist. Beatrix Potter created Peter Rabbit here, Wordsworth wrote about its clouds, and John Ruskin immortalised its landscapes in oil on canvas.

Climbing some of its mountains is a must, Scafell Pike is the tallest in England, but somewhat challenging. If you’re with small children we recommend Skiddaw which is more forgiving, but offers stunning views of Derwentwater Lake.

And no experience in the Lake District would be complete without experiencing the lake itself! On Lake Ullswater you can rent kayaks and paddle around its expanse of water – a guaranteed hit with the kids!

2: The Museums and Exhibitions of London

Although they might grumble if you tell them you’re going to a museum, get them inside and see how they change their tune! London has some of the very finest museums in the whole world, and once they see the dinosaur skeletons in the Natural History Museum… they’ll never complain about a museum again!

If you’re looking for something a little bit more hands-on, how about KidZania – 7,000 square metres filled with entertaining activities, children learn how the world works through games and interactive exhibits!

For the Potter heads, well there’s the legendary Warner Brothers Studios where you can experience the Great Hall and Gryfindor common room for yourselves, as well as seeing original props from the films including Harry’s nimbus 2000!

Or sporty kids can live out their dreams of playing for Arsenal, Chelsea, West Ham or even England, touring the stadiums and getting just a little taste of that glory. I’m sure Dad wouldn’t mind either!

3: Live out the Rockstar Dream in Liverpool

Got a budding guitar god or goddess on your hands? Then there’s perhaps no better place to take them than Liverpool – to follow in the footsteps of the fab four themselves, and see the streets and stages that formed them!

Liverpool is a genuine goldmine of musical history, something you can see in the twin museums dedicated to rock and roll: The British Music Experience, and (of course) The Beatles Museum itself.

And if you’re located further south, not to worry! Check out our post on the essential Beatles landmarks in London. Abbey Road awaits!

To visit or not to visit… that is the question! Well, we quite clearly recommend a visit to Shakespeare’s birthplace: “The Bard” is an absolute icon of British culture and known as the greatest writer in the English Language: great reinforcement for those English lessons at home!

During the tour, you’ll discover where the great man wrote some of the most famous pages of literature the world has seen: becoming a place of pilgrimage for the British writers who followed him, including Charles Dickens, John Keats, Walter Scott, and Thomas Hardy.

Canterbury is another town with a seemingly endless history, home to Chaucer’s Canterbury Tales of course; another great work of British literature.

Well, along with that long history comes many a turbulent tale, many a ghost around many a corner, and many a murder to be relived… An entertaining trip back in time, the Canterbury Ghost Hunt Tour brings to life the tales of St. Thomas Beckett and his grisly end, or the witchhunters who plyed their trade in the medieval city.

If you want to get the little ones interested in history, all you’ve got to do is dip it in a little blood!

England and Scotland have always been two separate entities, but never more so than in the time of the Roman conquests! The Romans have always formed one of the most captivating periods of British history, perhaps it’s the gleaming centurion armour, the poweful military prowess, or the sponges on sticks….

And there’s no greater symbol of the period than Hadrian’s Wall – the most northerly point in the Roman Empire, and the physical barrier that separated the Romans from the wild, unconquerable Caledonians north of the wall.

At the Roman Fort & Great North Museum near Newcastle upon Tyne kids young and old will be able to relive one of the periods that made Britain what it is today!

7: A Literary Walk Around Oxford

There are as many reasons to visit Oxford as there are big brains within it! To this day it’s dominated by the prestigious Oxford University, one of the oldest in the world, having been founded in the 11th century. And the list of figures who passed through the dusty halls of its colleges before going on to shape the Britain of today is endless.

Issac Newton, Adam Smith, Stephen Hawking, Lawrence of Arabia and no less than 28 prime ministers were formed by and formed Oxford University.

But perhaps most of all, it’s known for its writers! One particular literary discussion group known as the Inklings is particularly famous, as it contained not only J.R.R. Tolkien, author of Lord of the Rings, but also C.S. Lewis, author of perennial childhood favourites The Chronicles of Narnia.

That’s not to mention the scenes from Harry Potter that were filmed in Oxford’s colleges!

How about this for a staycation idea and task for the little ones: study some of Tolkien’s works (The Hobbit is great for all ages) or those by C.S. Lewis, then see the places that inspired them on an Inklings Tour of Oxford!

Home to 1,000 years of architectural history, and first built by William the Conqueror (remember him from history lessons? With the arrow in the eye of King Harold?), Windsor Castle is the longest-occupied palace in Europe.

From the original motte and bailey construction to the elaborate home of court entertainment under Henry VIII, and the symbol of a powerful empire in the 19th century, Windsor Castle has long reflected the state of Britain.

Today it’s become a major tourist attraction, and home to a significant portion of the royal collection of art. Get your tickets here.

9: Uncover the Mysteries of Stonehenge

Mystical, mysterious and millennial – Stonehenge is one of Birtain’s most iconic monuments. Thought to be between four and five thousand years old, these Neolithic earthworks are a UNESCO World Heritage Site.

But to this day their meaning remains unknown… Is it true that they were laid by Merlin, the wizard of Arthurian legend? And why are they alligned along with the sun in the summer and winter solstices? Were they part of an ancient calendar system?

Whatever the truth, a visit to Stonehenge provides the perfect jumping off point into an exploration of the deepest, oldest of British cultures!

10: Connect With Nature in the Highlands and Islands

Finally on our list of great British staycation ideas is the jewel north of the border. For wild, untouched landscapes and dramatic beauty, you don’t have to go all the way to Iceland: Scotland’s highlands and islands offer sights to leave you breathless.

Among the least densely populated lands in Europe, the Scottish highlands are home to European wildcats, the Scottish red deer, and almost all of Britain’s 600 golden eagles.

In fact one of the best places to spot sea eagles and the emblematic red deer, is on the Isle of Skye. So with a trip to the higlands and Skye, as well as a breath of fresh air, you can reinforce those lessons on ecology and conservation. A perfect two for one!

And for the parents, luckily Scotland is also known for its whisky: so after all you’ve been through this year, a toast to you! You certainly deserve a drink. 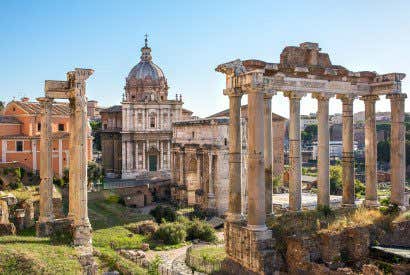 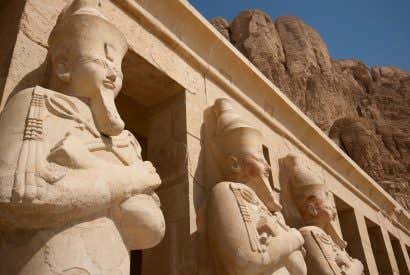 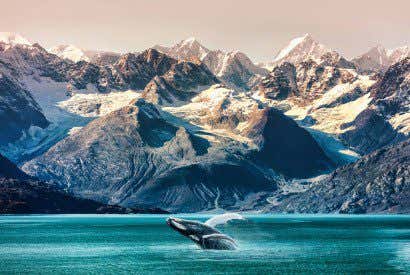 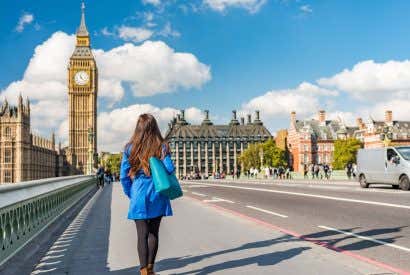