Lost souls wander tormented through the streets: the ghosts of Barcelona. Get to know their stories with this night tour of Barcelona. 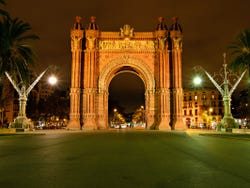 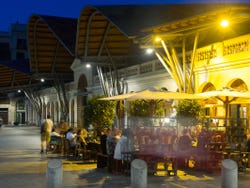 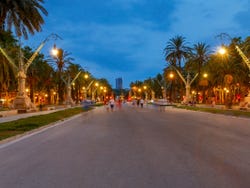 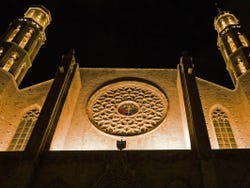 They believed unfailingly in the existence of evil, convinced that the devil posessed the soul of innocents. They practised exorcisms on all those suspected of being 'possessed', but these rituals didn't work, ghosts continued to torment these unfortunates...

Barcelona is home to any number of turbulent stories - and we'll begin our tour, learning about some of the most surprising legends next to the Triumphal Arch, our meeting and departure point for this night tour of Barcelona.

Based on the book “Fantasmas de Barcelona” (Ghosts of Barcelona) by Sylvia Lagarda-Mata, we'll tour the Sant Pere, Santa Caterina and La Ribera neighbourhoods, looking for enigmatic mysteries... On Portal Nou street, around the corner from the Triumphal Arch, the ghosts of a penny-pinching blacksmith and his apprentice appear, once in a while, to passers-by, motivated by a murky murder...

During our route we'll also stop next to the Santa Caterina Market, where few know that this food market sits above an old convent where, according to legend, Satan visited the nuns. In an attempt to expel him, black masses were celebrated, whose results were not always exactly as expected...

Then having toured other famous locations in Barcelona, each one with a paranormal story behind them, we'll finish our route in front of the Basilica of Santa Maria del Mar. Throughout history, its congregation have spoken of strange shadows, spirits with an axe to grind in the world of the living...

Between November and March the tour is bilingual in both Spanish and English. From April to October this tour takes place in Spanish only.

Guide specialised in the mysteries and legends of Barcelona

These are genuine reviews written by our customers.
7.60
7.6 10 reviews

9.50 / 10 470 reviews
Explore the historic center of Barcelona accompanied by an expert English-speaking guide on a free walking tour and delve into the rich history of the second largest city of Spain
Free!
Book
like Skip the line

8.70 / 10 162 reviews
Delve into Antoni Gaudí’s creative world by visiting the architect’s most important landmarks in Barcelona, including the Sagrada Familia and Casa Batlló.
US$ 89.80
Book
like -8%, Skip the line