Discover an unusual place covered with fog almost 365 days a year with this excursion to the Tequendama waterfall from Bogotá, the perfect chance to connect with Colombian nature!

Discover an unusual place covered with fog almost 365 days a year with this excursion to the Tequendama waterfall from Bogotá, the perfect chance to connect with Colombian nature! 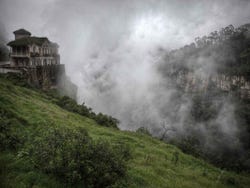 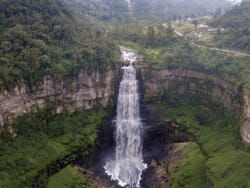 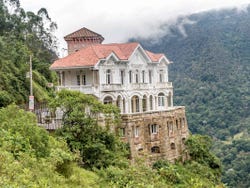 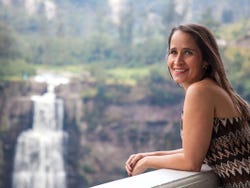 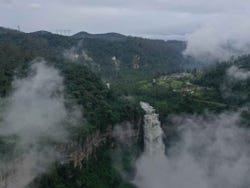 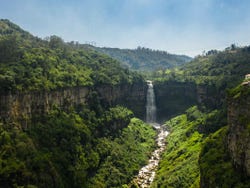 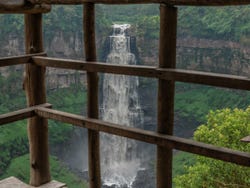 We'll pick you up from your hotel in Bogotá at the scheduled time and take you to the Tequendama waterfall, only 30 kilometres from the city.

Upon arrival, we'll be able to admire this unique spot made up of a 157-metre waterfall from the Bogotá River. According to Muisca legend, the deity Bochica created this waterfall with a blow from his staff to prevent flooding of the region's savannah... impressive!

Right in front of the waterfall is the Salto de Tequendama Biodiversity and Culture Museum, a building of French architecture that was inaugurated in 1923. Do you know about the dark events that took place here at the beginning of the 20th century? We'll find out all about them!

After a four hour excursion, we'll conclude the tour by dropping you back off at your hotel.

Small groups of no more than 5 people.

US$ 57.50
Free cancellation up to 48 hours before the service starts
Book

9.50 / 10 91 reviews
A cathedral inside a salt mine? Discover the unusual architecture of this unique church on this day trip to Zipaquirá, just an hour from Bogota.
US$ 47.70
Book
like

9.40 / 10 68 reviews
Bogota is one of the main Latin American capitals of urban art. With this fantastic free graffiti tour you will see its most striking murals.
Free!
Book
like

Enjoy unbeatable views of Bogotá from the TransMiCable cable car and explore the El Paraíso neighbourhood on foot with a guided tour - two unique experiences in one!