Discover why Rishikesh is one of the holiest places in India exploring the city's ashrams, or Hindu spiritual retreats. Explore the abandoned ashram where the Beatles stayed and wrote some of their most famous songs.

Discover why Rishikesh is one of the holiest places in India exploring the city's ashrams, or Hindu spiritual retreats. Explore the abandoned ashram where the Beatles stayed and wrote some of their most famous songs. 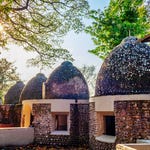 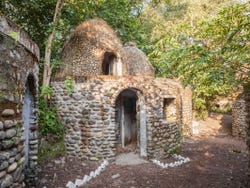 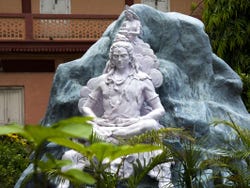 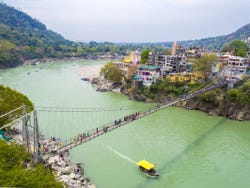 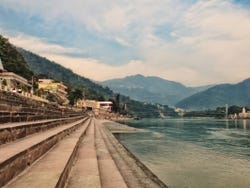 Your walking tour of the ashrams of Rishikesh will begin at the Sivananda ashram, not far from the Ram Jhula bridge. Discover the origins of these spiritual centres where people from all over the world gather to practice meditation and yoga. You'll learn of their importance in India and about the day to day lives of the teachers and students who live there together.

There are numerous different ashrams in Rishikesh, and each one has its own particular doctrines put in place by its founding guru. See the ashrams of Vanprastha, Swarg and Parmarth Niketan, where the famous Ganga Aarti ceremony is performed every evening.

A tour of the ashrams of Rishikesh would not be complete without a visit to arguably the most famous one of all: the now-abandoned Chaurasi Kutia, better known as the Beatles Ashram.

Here amongst the dense jungle in the Himalayan foothills, the iconic Liverpool quartet spent time following the teachings of the guru Maharishi Mahesh Yogi. For almost two months in 1968, John Lennon, Paul McCartney, George Harrison and Ringo Starr lived in the retreat practising yoga and meditation. Their time here was considered to be the most productive of the band's career, and they wrote more than thirty songs at the ashram - can you guess which ones?

After a number of years, the ashram was completely abandoned and has since remained in a state of ruin, overgrown by the surrounding greenery. Beatles fans have made it into a sort of shrine in honour of one of the most famous bands in history.

Following your visit of the Maharashi Mahesh Yogi Ashram, the walking tour will come to an end.

The capacity of all means of transport will be reduced to 3% of their maximum capacity.

Transport during the tour should it be needed.

US$ 10.60
Free cancellation up to 24 hours before the service starts
Book

9.40 / 10 7 reviews
Discover the most important monuments in Rishikesh, India's yoga capital, exploring its historic centre on this free walking tour.
Free!
Book
like

10 / 10 1 review
Discover the flavours of India on this food tour of Rishikesh. You'll taste typical Himalayan dishes and sample the best sweets in traditional Pahari cuisine.
US$ 13.30
Book
like

No rating yet
The sacred River Ganges by the light of the moon, calm settled over busy streets, the glow of temple lamps...See a new side of Rishikesh on this evening tour.
US$ 10.60
Book