At Musée de la Romanité in Nîmes, you'll discover what the South of France was like in Roman times and see some of the countless artifacts that remain. Book your ticket now!

At Musée de la Romanité in Nîmes, you'll discover what the South of France was like in Roman times and see some of the countless artifacts that remain. Book your ticket now! 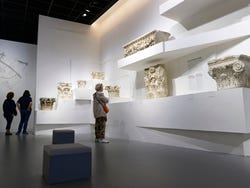 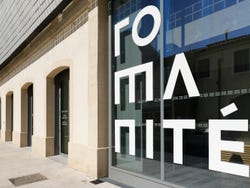 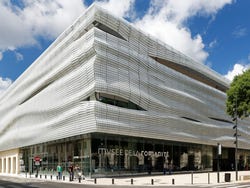 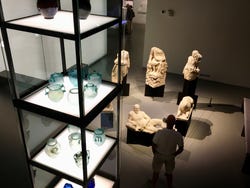 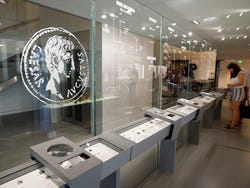 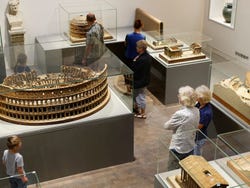 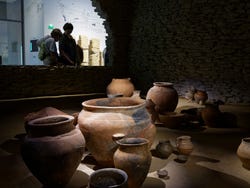 Since its inauguration in 2018, the Musée de la Romanité of Nîmes has become a reference for the legacy of Roman antiquity that remains preserved in the south of France.

The museum, located opposite the iconic Arena of Nîmes, is housed in an avant-garde building designed by the prestigious French-Brazilian architect Elizabeth de Portzamparc.

Your ticket will give you access to the permanent exhibition, which boasts an outstanding collection of pottery, mosaics, sculptures and other objects from both the pre-Roman (800 to 100 BC) and Roman (27 BC to 400 AD) periods. In addition, one floor of the museum is dedicated to the medieval period, with outstanding sarcophaguses and pieces dating from 1000 to 1500 AD.

We also recommend going up to the museum's panoramic terrace, where you can take in extraordinary views of Nîmes. And don't miss the archaeological garden located at the back of the building, where you can check out various remains from Roman times.

Using the following link, you can download a map of the museum showing the distribution of the rooms:

The last permitted access is one hour before closing time.

Admission to the museum is free on the following days:

The visit is free of charge. However, you can also purchase an information brochure in English at the museum, which costs € 2 per person.

It is compulsory to present a Covid vaccination certificate, a negative PCR test or antigen test taken up to 48 hours before the activity.

Information brochure in English: € 2 per person

10 / 10 1 review
Tour the historic centre of one of the oldest cities in Occitania with this Nimes Private Tour. Accompanied by an exclusive guide just for you and your group.
€ 157.80 per group
Book