Immerse yourself in the traditions, nature and architecture of Andalusia on this day trip to Ronda and Setenil de las Bodegas from Malaga.

Immerse yourself in the traditions, nature and architecture of Andalusia on this day trip to Ronda and Setenil de las Bodegas from Malaga. 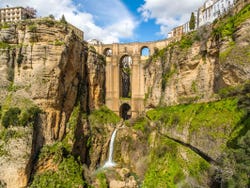 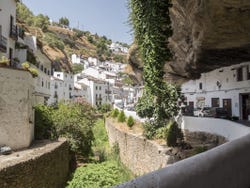 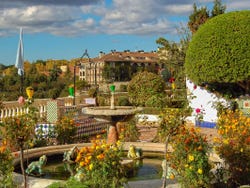 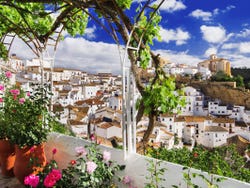 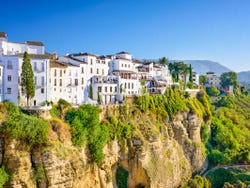 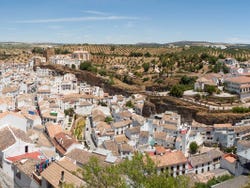 On the day of the excursion, we'll depart at 6:55 am from Avenida de Andalucía, located in the centre of Malaga. Our first stop will be in one of the most beautiful of Andalusia's famous whitewashed towns: Setenil de las Bodegas. You'll have approximately 1 hour of free time to stroll through the picturesque streets of this charming Cadiz town, which is known for its houses built into the rock walls of the gorge in which it is located. You'll be truly captivated by this unique village!

Leaving Setenil de las Bodegas behind, we'll return to Malaga province to visit another spectacular location: Ronda. To discover its extensive monumental heritage, you'll have 3 hours 30 minutes of free time. Look out for emblematic monuments such as the Almocabar Gate, the Church of the Holy Spirit, the Town Hall Square and the Cathedral of Our Lady of the Incarnation.

At the end of the trip you'll be driven back to the original meeting point in Malaga, arriving by around 7 pm.

You can also book this trip to Ronda and Setenil de las Bodegas with pick up from Cádiz, El Puerto de Santa María, Torremolinos,  Benalmádena, Marbella, Jerez or Fuengirola.

During the tour, there may be several pick-up stops in other towns on the Costa del Sol.

The activity takes place with a guide that speaks in English, Spanish, French and Italian.

US$ 53.20
Free cancellation up to 24 hours before the service starts
Book

Not bad. It’s just I didn’t like how the bus stop many times from and to Malaga

The moment we are in the city and your follow up with us to reach gathering point is great service ,we like your attitude and the lovely guide with us

Ronda is beautiful also Setenil; our guide has been the most entertaining, didactic, charming. Very good experience and a great trip!!!

Juan is an excellent guide. Concerned that we enjoy the trip. Opinion translated. Show original.

Immerse yourself in the history of Malaga on this free walking tour of the ancient Roman theatre and the historic Alcazaba, a fortress from the Muslim period.

8.20 / 10 67 reviews
Explore Malaga's historic centre with a local guide. Get to know its most important streets and monuments in a fun and entertaining way. What's more, it's FREE!
Free!
Book
like

9.60 / 10 9 reviews
Visit one of the most enchanting cities on the Costa del Sol with this Tuk Tuk tour of Malaga. Discover all its hidden charm in an exciting way!
US$ 96.30 US$ 53 per group
Book