Discover the Sacromonte Abbey; the birthplace of Christianity in Granada. Find out about the history, art, sculptures and architecture of the abbey. Explore the different halls, including the symbolic Holy Caves.

Discover the Sacromonte Abbey; the birthplace of Christianity in Granada. Find out about the history, art, sculptures and architecture of the abbey. Explore the different halls, including the symbolic Holy Caves. 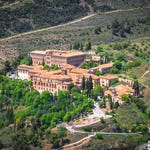 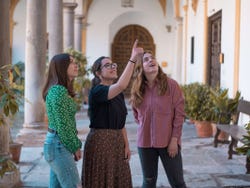 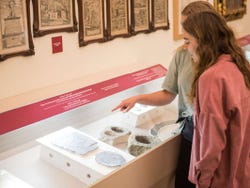 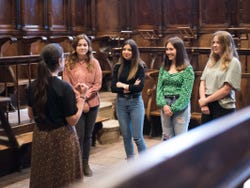 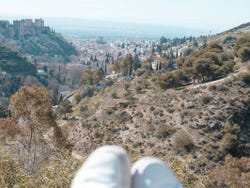 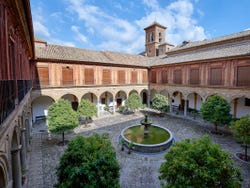 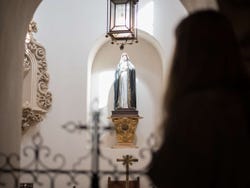 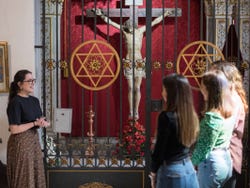 At the chosen time we'll meet outside the abbey. You'll be able to enter this monument in Granada to begin to discover its many secrets thanks to the audio guide that is included.

Often overlooked by tourists, this Sacromonte Abbey is one of the most important religious buildings in Granada. In fact, the relics of martyr Saint Caecilius of Elvira were found here.

We'll also visit the Sacred Caves, one of the most important parts of the complex as it's the place where the remains of Saint Caecilius and the Plombic Books were found. Its passages will take you to the chapels, the altar and, finally, to the cave.

After discovering the secrets and beauty of the abbey, our guided tour will come to an end.

Entrance to the Sacromonte Abbey

Only some areas are accessible. An accompanying person is required. This must be indicated in the reservation.

US$ 5.80
Free cancellation up to 24 hours before the service starts
Book

Very nice, worth it to visit. And very good idea about the Guide in your phone

Even if I am not a believer, and for those who started the construction it seems to me one more sect of many, the place is beautiful and there are incredible views of Granada. Opinion translated. Show original.

We downloaded the audio guide on our mobile and saw everything very well informed, the staff at the entrance very attentive, especially the security guard. The visit to the abbey is very good as an experience Opinion translated. Show original.

9.50 / 10 11,501 reviews
What better way to get to know Granada than on a free walking tour with a local guide?! On this tour you'll see the hisotric centre with a local expert.
Free!
Book
like

9.50 / 10 44 reviews
Discover the incredible history and architecture of the impressive Alhambra, the Generalife and Nasrid Palaces thanks to your passionate and experienced guide.
US$ 56.70
Book
like

9 / 10 111 reviews
Be enchanted by the passion of flamenco and by Granada's gastronomy, in the Jardines de Zoraya kin the heart of the Albaicín neighbourhood.
US$ 23.10
Book