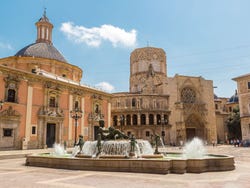 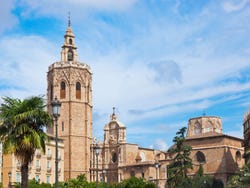 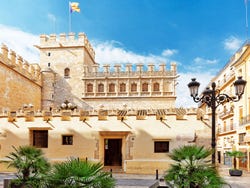 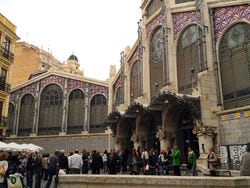 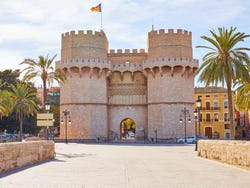 We'll begin this guided tour of Valencia in Plaza de la Virgen, where we'll learn about the stories behind its main monuments, the Virgen de Los Desamparados Basilica, the Turia fountain...

From the 15th century, we jump directly to 1914, crossing the street where you can find the Valencia Central Market, a fine example of Valencian modernism, an architectural style that took hold at the beginning of the 20th century.

And having seen some of the picturesque places left to see in the city, our tour ends back at the Plaza del Mercado.

Great tour with Carlos around the city of Valencia. Not only he gives you historical and architectural hints but also gastronomical ones!

Paul was great and we learned a lot. I always try to do a waking tour as you can get a good idea of what you would like see more of. It was unfortunate that the day we went was a national holiday so it was very loud however he did a good job regardless.

It was great, very informative. The guide was great naturally charismatic and engaging.

No rating yet
Visit the Valencia Marina in the most exclusive way: aboard a sailboat! Enjoy a drink while you're whisked away by unbeatable views.
US$ 34
Book
like

9.70 / 10 13 reviews
Explore the historic centre of Valencia on board a tuk tuk - a fun and comfortable way to discover the charms of the city of Turia!
US$ 45.30 per group
Book
like

10 / 10 4 reviews
Travel to the province of Castellón and explore the beautiful medieval town of Morella and the town of Peñíscola. There's so much to be discovered!
US$ 90.60
Book