Would you like to visit the largest synagogue in Europe? On this guided tour you'll see the Jewish quarter in Budapest, where you'll get to know all of its secrets, as well as entering into the Great Synagogue! 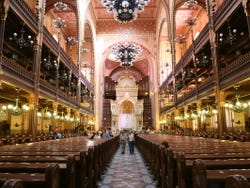 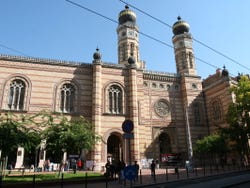 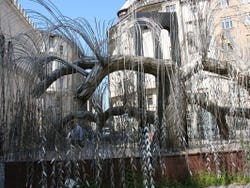 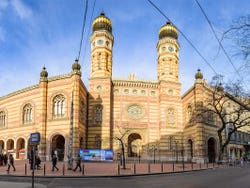 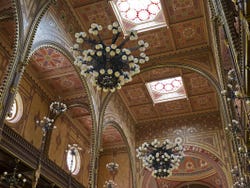 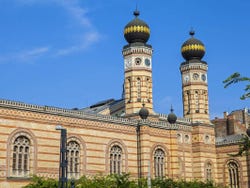 Our tour begins in the Budapest Jewish Quarter, entering the Grand Synagogue, the largest in Europe and the second largest worldwide. Its interior is sure to impress you, with its golden tones and the mixture of moorish, bizantine and gothic styles.

Then we'll head to the Jewish Museum - where we'll be able to get an idea of the Jewish history in Hungary through the different artworks contained in the collection. And there's an entire hall dedicated to the Hungarian holocaust. Afterwards we'll continue our tour through other emblematic spots, such as the Jewish cemetary, or the famous tree of life.

The Great Synagogue is the first stop on our tour, we'll head inside, and let the sheer scale of the religious temple leave you speechless (it measures 53 metres long and 26 wide). This building, built between 1854 and 1859 was designed by the Viennese architect Ludwig Forster.

Once the visit to the Synagogue is over, we'll continue on the same route as the two hour tour. However, having stopped in the most important spots in the Jewish Quarter this tour will add a deeper dive into the streets of this part of Budapest, where we can enter into the Gozsdu Passageway, one of the best kept secrets in the city, and visit the inside of other synagogues.

When reserving this guided tour you can choose options either with or without hotel pick up.

Tickets to the Great Synagogue.

Tickets to the Jewish Museum.

From
US$ 35.60
Free cancellation up to 48 hours before the service starts
Book

Excellent English Synagogue Guide Tour with Barbara Moses. Well worth the visit, especially with the knowledge your guide, Barbara Moses, conveyed to us. We would recommend it to anybody. Thank you very much.

I travelled with my partner
Show all the reviews
like -10%

9.30 / 10 1,380 reviews
Explore Budapest from the water on a cruise along the Danube and enjoy breath-taking views of the city with pre-recorded commentary in English and free drinks.
US$ 16.20
Book
like

8.30 / 10 530 reviews
Spend a romantic evening on a 2-hour cruise along the Danube River. See Budapest’s landmarks lit up while you enjoy a traditional Hungarian dinner.
US$ 64.10
Book