Discover the rich history of Seville, Malaga, Cadiz, Cordoba or Ronda... Explore these Andalusian cities with the Granada Private Day Trips where you'll have an exclusive guide. 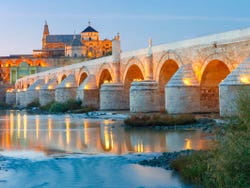 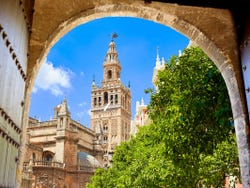 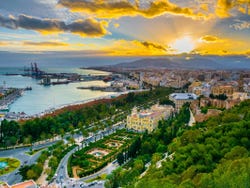 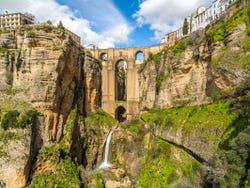 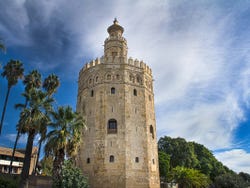 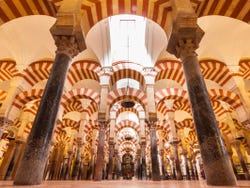 Make the most of your stay in Granada to visit some of the most important places in Andalusia with an exclusive guide. Find out more about each day trip.

After picking you up at your hotel, we'll set out for Malaga to begin a guided tour of the most symbolic locations in its historic quarter. We'll enjoy the fascinating views of the Alcazaba, the old theatre, the Plaza de la Merced and the famous Larios street.

You can't miss the visit to the Cathedral of the Incarnation during the tour either. Afterwards, you'll walk through the streets of the city on your own for two hours.

After picking you up at your hotel, we'll take a road trip to the city of Cordoba, a UNESCO World Heritage Site that will leave us impressed by its charms.

We'll cross its fascinating Roman Bridge and pass through an arch that will lead us to the Mosque-Cathedral of Cordoba. The tour will also take us into the historical centre to get to know the Jewish Quarter. After the guided tour, you'll have two hours of free time to see what you want.

We'll pick you up at your hotel and start a tour of one of the white Andalusian villages, Ronda. We'll enjoy its numerous heritage monuments such as the Almocabar Gate, the church of the Holy Spirit and the Town Hall Square.

Then we'll go to the Nuestra Señora de la Encarnación cathedral and visit one of the most visited bullrings in the whole province of Andalusia, the Plaza de la Real Maestranza. After the guided tour, you'll have two hours of free time before setting off for Granada.

We'll get to know the city of Seville in detail with this private tour, visiting the majestic Reales Alcazares, contemplating the Seville Cathedral and the famous Giralda. We'll also walk through the historical centre of the Andalusian capital to reach the Plaza de España, one of the symbols of Seville.

After the tour, you'll have two hours of free time to continue enjoying the city at your leisure before returning to Granada.

We'll leave your hotel in Granada and go to the Andalusian city of Cadiz. Once there, we'll go into one of the oldest civilizations in Europe. We'll see the most important places in Cadiz, such as its Baroque style Cathedral, the San Felipe Neri Oratory and the Falla Theatre.

Did you know why this city is known as "La Tacita de Plata" (the little silver cup)? We'll discover it! You'll also have two hours free to explore the city on your own.

Advantages of a private day trip

By booking a private tour, you'll receive a much more personalised service. Moreover, you can carry out the tour any day of the week, modify the itinerary to your liking or leave at the time you want. If you're a large group, you'll save money!

Per group from
US$ 509.10
No hidden fees or surcharges
Free cancellation up to 3 days before
Book

9.50 / 10 26 reviews
Discover the incredible history and architecture of the impressive Alhambra, the Generalife and Nasrid Palaces thanks to your passionate and experienced guide.
US$ 55.40
Book
like

9.50 / 10 39 reviews
Magnificent architecture, breathtakingly beautiful mountain views and legendary history: immerse yourself in the magic of the Alhambra on this private tour.
US$ 271.50 per group
Book
like

8.80 / 10 89 reviews
Experiencing the art of flamenco is a must-do part of any trip to Granada. Enjoy this incredible display of Andalusian culture in a traditional Sacromonte cave.
US$ 29.40
Book