Explore the streets and main monuments of Taiwan's largest port with this private tour of Keelung. Fall in love with its temples, get lost in its streets and indulge yourself in its street markets. 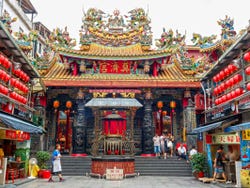 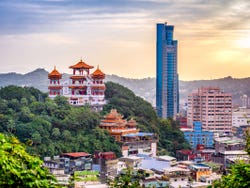 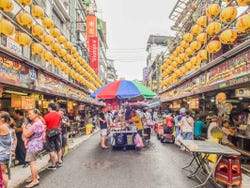 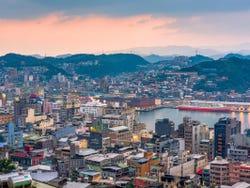 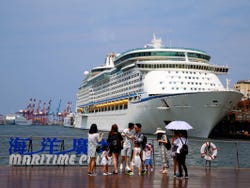 We'll meet at the arranged time and set off on our private tour of Keelung. We'll start at Keelung's port, Maritime Plaza, a place that has been the heart of the city since its foundation in the early 17th century as a Spanish colony. However, it did not remain in the hands of the Spanish Empire for long: the Holy Trinity (as it was then called) was invaded by the Dutch sixteen years later. Over the centuries, Keelung has also been part of the Empire of Japan and China.

Accompanied by our English-speaking guide, we'll explore the port area bustling with people, shops, temples and boats of all kinds, from large cruise ships to small fishing boats. We'll discover some of the most famous temples, such as Cheng Huang and Tien-Ji as we learn more about Buddhism in Taiwan.

Next, we'll head to the heart of the city, visiting Columbus Alley and Herb Alley, popular among Taiwanese locals. Lastly, our tour will end at one of the most iconic places in Keelung: the Miaokou Night Market, where we'll try traditional dishes.

When you book a private tour, you'll enjoy a personalised service with an exclusive English-speaking guide just for you, and you can do the tour whenever you like! What's more, if you're a bigger group, you'll save money!

Free! Free cancellation up to 3 days before the day of the activity. If you cancel under this time or do not show up, you will not be refunded.
like New

New
Discover the best place to eat street food in Taiwan on this food tour of the Miaokou Night Market. You'll taste mouthwatering traditional Taiwanese dishes!
US$ 187.50 per group
Book