Discover what London was like during World War II on this guided tour of Westminster and the famous Churchill War Rooms. An exciting journey back in time to a world of spies and strategy that forever left its mark on the history of Europe.

Discover what London was like during World War II on this guided tour of Westminster and the famous Churchill War Rooms. An exciting journey back in time to a world of spies and strategy that forever left its mark on the history of Europe. 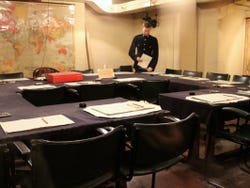 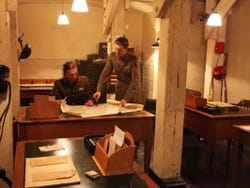 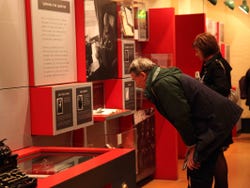 London stood alone in the 1940s, under the bombardment of the blitz, a glimmer of hope which centred on one small sliver: the bunker where Prime Minister Winston Churchill and his government plotted victory. This tour will take us to the epicentre of this momentous point in history, starting in the streets of Westminster.

To begin our journey back in time, we'll delve into British politics on a guided walking tour of the area. We'll pass by important sites like 10 Downing Street, the Houses of Parliament, the Foreign & Commonwealth buildings, and the Cenotaph: the monument to all those fallen in both World Wars. We'll also see London icons like Big Ben and Westminster Abbey.

Then, our guide will take us to the Churchill War Rooms, which have been left untouched since 1945. You'll learn all about this crucial time in history and get a true feeling for life in the bunker and the horror of London during the blitz through various exhibitions full of artefacts.

At the Churchill Museum, you'll also have access to amazing interactive displays, including video excerpts, original radio broadcasts, and more. Here, our expert guide will tell us all about Prime Minister Churchill and how the defeat of Hitler was planned and executed.

Then after two and a half unforgettable hours, the tour will come to an end.

Free! Free cancellation up to 3 days before the day of the activity. If you cancel under this time or do not show up, you will not be refunded.
US$ 66.20
Book