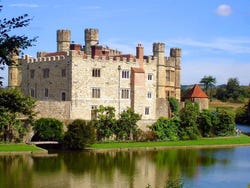 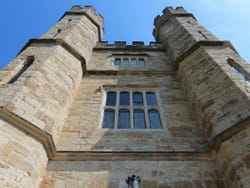 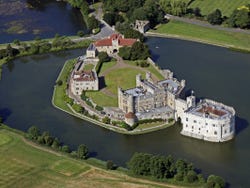 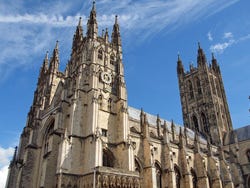 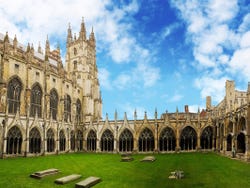 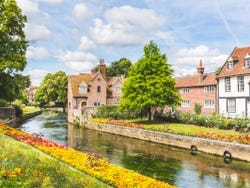 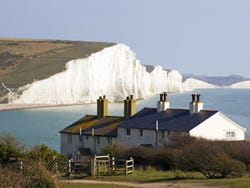 Leave central London at 8:30 am on an air-conditioned coach and relax while you are taken southeast towards Leeds, a small town 60 km away from the capital.

Leeds Castle was described as “the most beautiful castle in the world” by Lord Conway. It was established on two idyllic islands in the heart of Kent and it has 200 hectares of land. The day-trip includes a private visit inside the palace to discover this landmark’s long history. You’ll also be able to try a glass of mead as Henry VIII would have.

The next stop will be Canterbury, a striking Medieval city renowned for its Cathedral. Canterbury Cathedral is a medieval masterpiece that preserves many original details from the twelfth and thirteenth century. Archbishop Thomas Becket was murdered by four knights in the Cathedral in 1170.

After the visit to the Cathedral, you’ll have time to wander around and have a bite to eat. Then your picturesque journey continues, to the White Cliffs of Dover, this part of the English coastline stands 350 ft (120 m) high and is a marvellous place to take photographs. The tour also stops outside Dover Castle, a medieval fortress very near the Channel, where the film The Boleyn Sisters was filmed.

The next stop will be Greenwich, declared a World Heritage Site, where we'll take a relaxing sightseeing cruise down the River Thames from Greenwich to Embankment, sailing past Tower Bridge, The Tower of London and St Paul’s Cathedral.

The cruise will disembark in Thames Embankment around 6:30 pm.

To and from by luxury coach.

Free! Free cancellation up to 3 days before the day of the activity. If you cancel under this time or do not show up, you will not be refunded.
US$ 123.90
Book

The tour is amazing, all the places incredible. Great service of both the guide and the driver.. the guide really passionate to explain details, provide data and add comments

We had a great day and loved our tour guide, Sue. We had never been on a tour like this before and it was a good experience. Sue knew so many interesting facts and and was a great guide. I would recommend this trip as an excellent day trip experience and would do it again.

A bit rushed, and we only saw the Dover cliffs from quite a distance. The staff was very friendly and guide knowledgeable.

We really enjoyed the tour. Our guide, Ruth, was really informative. Pleasant and fun. I wish Dover Castle had been included.

Our guide, David was great and very informative. The only thing I would change is having more time in Dover, 15 minutes wasn’t enough. But the driver (I forgot his name) and David made the trip fun, they were a great team.

8.80 / 10 1,971 reviews
These London Eye tickets mean you skip the line at Europe’s largest Ferris wheel getting amazing panoramic views of London from its glass pods.
US$ 38.20
Book
like

8.40 / 10 1,081 reviews
Discover London’s oldest and most famous church, where royal weddings and coronations have taken place and historical figures are buried.
US$ 30.80
Book
like