Explore The Beatles’ hometown and discover where one of the most famous English rock bands in the history of music was founded. Take a full-day trip to Liverpool, and explore this city packed with museums, galleries, trendy restaurants and fantastic stores.

Explore The Beatles’ hometown and discover where one of the most famous English rock bands in the history of music was founded. Take a full-day trip to Liverpool, and explore this city packed with museums, galleries, trendy restaurants and fantastic stores. 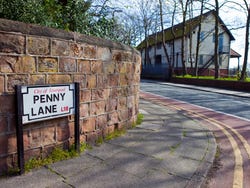 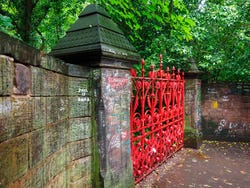 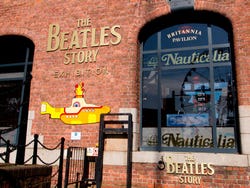 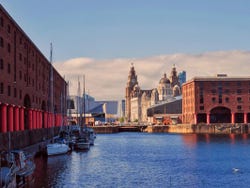 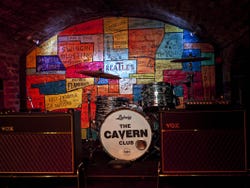 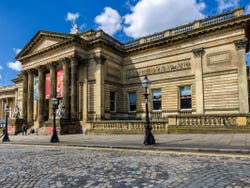 The train leaves at 7:07 am from Euston Railway Station in London, and heads to the birthplace of one of the best bands in the world. You’ll get to Liverpool Lime Street Station a little before 10 am and you’ll have approximately six hours to explore the city at your own leisure.

Liverpool is the city in England with most museums and art galleries outside the capital and is considered the cultural capital of Northern England. It has suffered a fabulous transformation after its tenure as European Capital of Culture in 2008 and is packed with interesting things to see and do. Some of the top sights include the Liverpool Cathedral, the Walker Art Gallery and the World Museum. You can’t miss discovering Albert Dock, one of the most famous piers in the world, made a World Heritage Site by UNESCO with its striking maritime and commercial architecture.

Enjoy a visit to The Beatles Story, the largest exhibition dedicated entirely to the Fab Four’s history and music. You’ll find out everything there is to know about the Beatles, from the group’s foundation to their separation and the singer’s solo careers.

After visiting The Beatles Story, get on board the vintage buses from the seventies to experience the Beatles Magical Mystery Tour. During the ride, you’ll explore over thirty places closely linked with The Beatles, including Penny Lane, the suburb where John, Paul, George and Ringo spent their childhood. You’ll also stop in front of Strawberry Field gate, an old orphanage, which inspired John Lennon’s song Strawberry Fields Forever.

Don’t leave Liverpool without stopping at the legendary Cavern Club, a cavern with live music where The Beatles played over 300 times.

When making your reservation, you must ensure to correctly write the names of each participant as it appears on their ID. If this information is not correct, you may be denied access to the station.

Entry to The Beatles Story.

Not refundable. This activity does not permit modifications nor cancelations.
From
US$ 219.60
Book

It is good to not have to manage the purchase of the tickets, they take that away from you. You go there on your own and Liverpool (and more if you are a Beatles fan) is sooooo worth it ... A wonder. It is highly recommended to know English for the Magical Mistery Tour since the guide does not speak Spanish, although you can discover the corners of Liverpool that are most closely linked to the band and it is amazing! Opinion translated. Show original.

8.80 / 10 1,971 reviews
These London Eye tickets mean you skip the line at Europe’s largest Ferris wheel getting amazing panoramic views of London from its glass pods.
US$ 38.20
Book
like

8.40 / 10 1,081 reviews
Discover London’s oldest and most famous church, where royal weddings and coronations have taken place and historical figures are buried.
US$ 30.80
Book
like