Big Ben, the refined, centuries steeped air of the British Parliament (when it's free of politicians at least!) and Westminster Abbey. Three absolute must-sees for any visitor to London.

Big Ben, the refined, centuries steeped air of the British Parliament (when it's free of politicians at least!) and Westminster Abbey. Three absolute must-sees for any visitor to London. 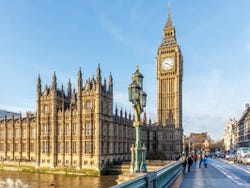 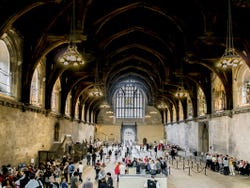 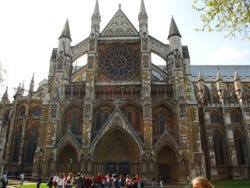 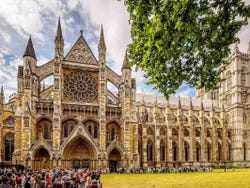 Tour of Parliament and Westminster Palace

The tour begins at the gates to Westminister Abbey, where you'll get a tour from our expert guide - seeing the traditional coronation, and burial, place of the British monarchs and one of the most famous examples of Gothic architecture in the world.

Then on to the famous parliament building, the very same that Guy Fawkes tried to blow up in 1605, and a continuously functioning institution ever since 1341. Still the seat of power in the United Kingdom, where policy decisions get debated and made, every corner drips with history. You'll have the full rundown of its history and relevance as you admire the stunning, instantly recognisable Gothic architecture from the outside, before heading inside to discover the inner workings of Britain's most powerful building with an audioguide.

See Big Ben, and take unforgettable photos of the houses of parliament reflected in the water of the River Thames. A truly unimaginable, unmissable, unforgettable experience.

It is compulsory to display a complete Covid vaccination certificate or a negative PCR or antigen test. This information is for guidance only and may change depending on local regulations. Always check the restrictions before travelling.

Entry to Parliament and Westminster Abbey

Free! Free cancellation up to 24 hours before the activity starts. If you cancel under this time or do not show up, you will not be refunded.
US$ 109.20
Book