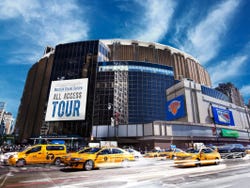 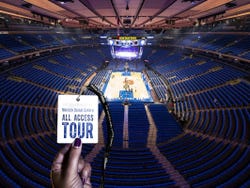 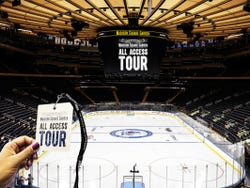 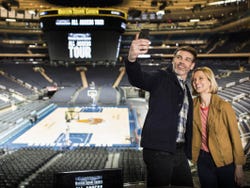 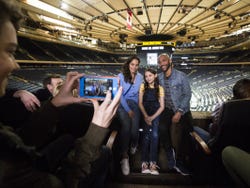 What is Madison Square Garden?

MSG, or The Garden, as it is often nicknamed, is one of New York City's most important and most popular multi-use entertainment and sports venues, earning it the title of the "world's most famous arena". It is a defining location in US East Coast sports, being the home stadium of iconic teams such as the NBA New York Knicks and the New York Rangers ice hockey team.

Having presented your reservation voucher at Madison Square Garden, you'll have skip the line entrance to the arena tour. Your self-guided tour means you can explore the famous facilities at your own pace: discover the basketball court - or perhaps it'll be  an ice rink, if you visit during hockey season, or a stage ready for a concert!

You'll also get exclusive behind the scenes access to areas like the locker rooms, as well as admiring fascinating memorabilia related to the New York Knicks and to the history of the arena.

Madison Square Garden tours operate daily between 9:30 am and 3 pm. They depart every half an hour and last around 75 minutes.

Important information: the Madison Square Garden All Access Tour does not operate on days when the venue is hosting an event, whether sporting (hockey or basketball games, for example) or cultural (concerts and shows, etc.). We recommend checking whether there is an event on before planning your visit.

Skip the line access for the Madison Square Garden tour.

You can book up to 2 days before (New York local time) if there are still places available. Book now to guarantee your spot.

Very good and the guide Esteban explained everything to us great. Opinion translated. Show original.