Normally, the superheroes of New York stay hidden until it's time to fight crime. Discover where they hang out on this guided tour, sure to delight any comic book lover.

Normally, the superheroes of New York stay hidden until it's time to fight crime. Discover where they hang out on this guided tour, sure to delight any comic book lover. 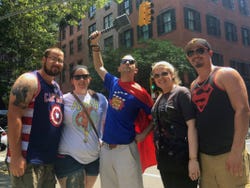 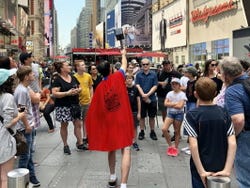 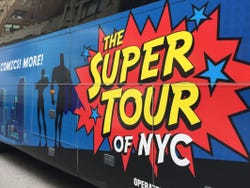 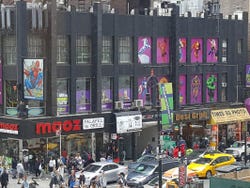 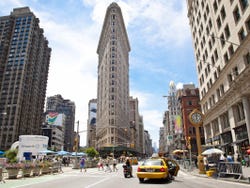 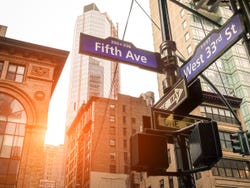 Always alert, hiding behind their secret identities: superheroes exist, and they live in New York City. Grab your cape, and meet at the Midtown Comics in Times Square to start your guided superhero tour through the city.

Climb aboard your customised tour bus and get ready for your guide to show you all the most iconic New York sights from the Marvel and DC universes. Your first stop: the lobby of the Daily News building, the inspiration for Clark Kent's place of work, the Daily Planet newspaper.

Continue down 42nd Street and Madison Avenue, where the fictional Baxter Building, the headquarters of the Fantastic Four, is located. Heading down Fifth Avenue, you'll reach the iconic Flatiron, a building scaled on numerous occasions by your friendly neighbourhood Spiderman.

Your next stop will be in front of the JP Morgan building. Superhero film fans will recognise the Gotham Stock Exchange, the bank where Batman fights his nemesis Bane in The Dark Knight Rises.

After 3 hours of touring superhero haunts in the City That Never Sleeps, you'll finish your tour at Battery Park. From here, you can catch the ferry for free to see the Statue of Liberty, rescued countless times by the heroes of Marvel and DC.

This tour is done privately for you and your partner, family or friends.

English speaking guide dressed up as a comic book character.