Explore the city centre of the Taiwanese capital while you learn more about its important history and most significant monuments with this free tour of Taipei.

Explore the city centre of the Taiwanese capital while you learn more about its important history and most significant monuments with this free tour of Taipei. 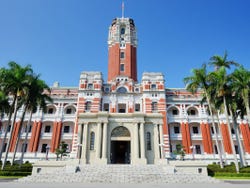 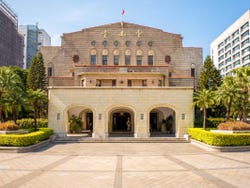 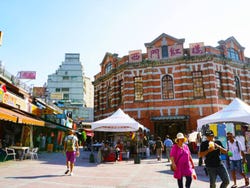 We'll meet at the agreed time at the NTU Hospital Station exits, which lead directly into the 228 Peace Memorial Park. Constructed to commemorate the victims of the 28th February Massacre in 1947 where an estimated 20,000 died during an anti-government uprising.

Later, we'll pass by the Taiwan National Museum and head south-west through the park towards Taipei's Presidential Office Building. This majestic building stands out both for its Baroque style architecture and political importance; it became the Presidential Office in 1950 when Taiwan's capital was relocated after the Chinese Civil War. Next, we'll discover the city's true colours and get an insight into local life as we wander through Taipei's central markets. Following on, we'll stop at one of the most symbolic buildings in Taipei dating back to 1932: Zhongshan Hall.

Next, we'll go to the Ximending neighbourhood,  where the non-stop hustle and bustle has converted the area into one of the most visited places in the city. Finally, we'll finish the free tour in front of the Red House Theatre, which stands out for its striking colour and Japanese architecture.

When the tour ends you'll set the price with your tip, depending on your rating of the guide's service.

Groups with more than 6 people aren't admitted on this free tour. If your group is bigger than this please contact us.

Minors should be accompanied by adults. There should be a maximum of three minors per adult.

10 / 10 3 reviews
Discover the most traditional neighbourhood in Taipei, Longshan Temple's secrets and its melting pot of religions with this free night tour.
Free!
Book
like

10 / 10 1 review
Take an alternative tour around the Taiwanese capital and discover its notable monuments and corners of the city with this free tour around Taipei.
Free!
Book