Discover the history and architecture of Huelva, and the legacy left by its former economic dependence on British capital, when you take our fantastic trip from Isla Cristina. You will encounter the Cathedral and the University, and explore the narrow historic streets of the city center. 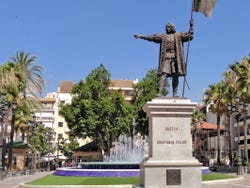 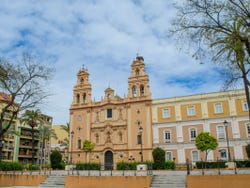 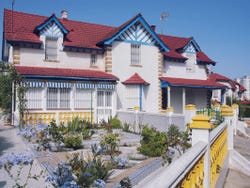 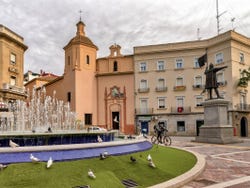 We will collect you early in the morning from your hotel in Isla Cristina before heading to Huelva. Upon arriving, the local guide will accompany you on an extensive panoramic bus tour around the essential landmarks of the city. From the comfort of the open-top vehicle, you will see the 17th-century Huelva Cathedral with an elegant mixture of renaissance and baroque architectural styles.

The panoramic tour continues at the University of Huelva, located next door to the Cathedral in an ancient convent. We will also visit the Barrio Inglés neighborhood which was built for workers of the Rio Tinto Company. As this company was British-owned, the houses here have an early 19th-century English architectural style and the district feels like a unique corner of Spain.

We will also pass the House of Columbus, one of Huelva's iconic landmarks and another testament to the city's British industrial past. It was originally built as a luxury hotel for the directors of mining companies which proliferated at the end of the 19th-century. This was also where the oldest football club in Spain, Recreativo de Huelva, was founded in 1889.

Our panoramic bus journey finishes in the historic city center where you will have free time to continue exploring Huelva at your own pace. Landmarks such as the City Hall, the monument to Christopher Columbus, Plaza de las Monjas square, and the Church of San Pedro - the oldest shrine in the city - are all waiting to be discovered. You can also take the opportunity to do some shopping on the main streets or try some tasty traditional tapas, such as the famous white prawns. When the trip to Huelva has finished, the bus will drive you back to your hotel.

Departures from other locations

If you prefer, you can also book this same trip with a departure from Isla Canela, El Portil, Islantilla, El Rompido, and Punta Umbria.

US$ 33.30
No hidden fees or surcharges
Free cancellation up to 3 days before
Book

No rating yet
Discover the essential sights and landmarks of Britain's southernmost territory when you take this trip to Gibraltar from Isla Cristina.
US$ 94.30
Book
like

10 / 10 1 review
Seville is full of wonderful monuments and unique hidden corners such as Giralda bell tower, Plaza Espana square, the Cathedral, and the Tower of Gold.
US$ 68.80
Book
like

10 / 10 1 review
Discover Europe's largest nature reserve when you take our trip to Doñana National Park to explore its 4 amazing ecosystems.
US$ 87.70
Book