This Empire State Building ticket gives you access to the legendary New York landmark, allowing you to climb 1,049 Ft (320 m) high and enjoy unobstructed 360-degree views of New York City. Don’t miss out on this incredible experience! What's more, you'll enjoy 2 attractions for the price of one, with access to the observatory plus the ESB interactive museum! 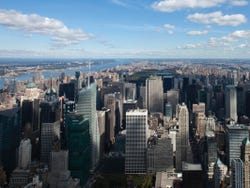 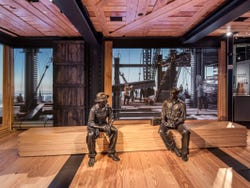 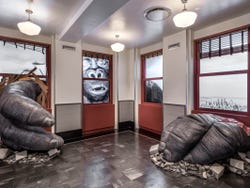 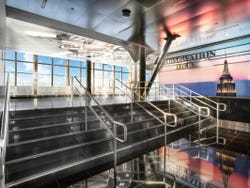 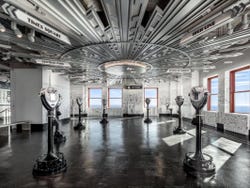 Climbing to the top of the Empire State Building, in the heart of New York, is an unparalleled and unique experience for all travellers visiting New York City. In its day, it was the winner of the "race into the sky", as 40 Wall Street and the Chrysler building were being built at the same time, and each one vied for the title of world's tallest building.

The Empire State Building was the tallest building in the world for some forty years, and Its impressive 86th-floor observation deck that stands 1,047 Ft (320 m) tall is thanks to this "race into the sky". Upon seeing that the Chrysler Building would beat the Empire State for height, thanks to its steel spire, five extra floors were added, including the 86th floor observation deck.

Today this is a glass-enclosed and an outdoor open-air terrace from where you’ll be able to enjoy panoramic views of Central Park, Brooklyn Bridge, the Chrysler Building and the Statue of Liberty, among many other renowned landmarks.

Enjoy unobstructed 360-degree views of New York City on the Main Deck with a Standard Ticket.

Get to the top faster! Skip the line with ExpressTickets.

If going to the top of the Empire State Building once isn't enough, why not do it twice? With the sun and stars ticket, you can access the building twice: once in the day, and once at night! You'll get the best views of New York at two different times of the day. For the Day and Night option, you can enter for the first time between 8 am and 8:45 pm, and the second entrance can be between 10 pm and 1:15 am (last admission). The second entrance can be between from 9 pm during the following periods: 20 April – 2 July; 24 August – 24 November; 30 November – 20 December, 3 January – 31 March.

The 102nd floor of the Empire State Building has been reopened as the tallest observation deck in the building. Although access is not included in the ticket, you can purchase this on the day of the activity at the ticket office, for an additional fee of US$ 30 per person.

On the 29th of July 2019, the second phase of the Empire State Building Observatory Experience was inaugurated, aiming to create even more unforgettable moments. This experimental journey takes visitors through the construction of the building up to its current status as a pop culture icon.

You'll also find a replica of the original structure, the technology which moves the elevators within the skyscraper, and much much more. And 72 screens with 180 degree immersive sound show adverts, films, tv shows, comics and games in which the mythical building has featured - and you'll even be able to high five King Kong himself, with 4D elements making it the closest you can possibly get to the giant ape!

Entry to the various exhibitions.

from
US$ 45.73
No hidden fees or surcharges
Book

Highly recommended to take the fast past, you skip all the queues and in 10min. you're on top of the Empire. The exhibition is also very interesting. For me the best tower to enjoy 360º views of Manhattan Opinion translated. Show original.

Coventry, The United States of America

I purchased 4 tickets, but one ticket was not recognized by the Empire State Building ticket desk. It took a supervisor to finally approve entrance.

Bayshore, The United States of America

It was good experience