Delve into New York’s most diverse neighbourhoods during this New York Contrasts Tour. Discover the city’s unexplored boroughs including Harlem, The Bronx, Queens and Brooklyn. Learn about the various cultures, eat their food and visit numerous iconic landmarks.

Delve into New York’s most diverse neighbourhoods during this New York Contrasts Tour. Discover the city’s unexplored boroughs including Harlem, The Bronx, Queens and Brooklyn. Learn about the various cultures, eat their food and visit numerous iconic landmarks. 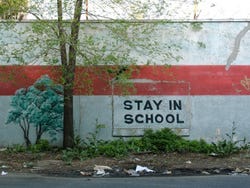 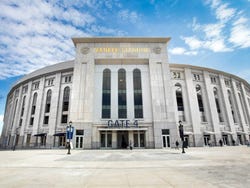 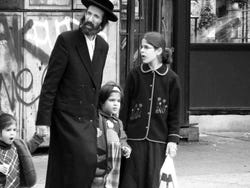 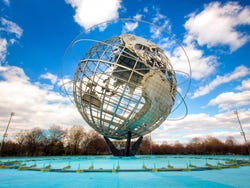 Discover New York's most popular landmarks, including The Bronx, Queens and Brooklyn’s most famous sights on board an air-conditioned vehicle. You'll see the variety of picturesque contrasts found within the world-famous city.

Our first stop will be the prominent Jazz neighbourhood of Harlem. then we'll head north out of Manhattan into the Bronx to check out the grandeur Yankee stadium. The tour will continue to the “Joker Steps” and artistic murals, where you'll learn about this famous street art and history of The Bronx.

Next, we'll go to the Williamsburg neighbourhood, where the largest concentration of Hasidic Jews resides, before continuing to Brooklyn’s waterfront, with a view of the Manhattan skyline and a stroll around Domino Park. From here you'll spot the New York city bay and landmarks including Brooklyn Bridge, Statue of Liberty & One World Trade centre.

The tour will begin from the following pickup points:

The tour will end at the following drop off points:

Tour from the Manhattan at Times Square Hotel

The tour is amazing. I'm not usually one for a tour but this took us to places that we'd never think about going to and theses areas did not disappoint. The tour guide Milly (I think) was amazing too, knew her stuff and was friendly and funny too. Would definitely, 100% recommend this to anyone that wants to see more than just Manhattan.

Millie was an excellent tour guide—very friendly, knowledgeable, and answered all of our questions. I would highly recommend this tour, and I feel like after the tour, I know New York in a broader way.

Millie was an excellent tour guide, very professional and answering any doubt we could have. The tour was better than expected, very interesting and with time to hop off the minibus and explore the boroughs by yourself. Very recomended!

Must do tour !!! You will see the other existing NYC (not only Manhattan) !!

7.50 / 10 386 reviews
Take a day trip from New York to the fascinating Niagara Falls and be blown away by the power of three waterfalls on the border between Canada and the USA.
US$ 220
Book
like