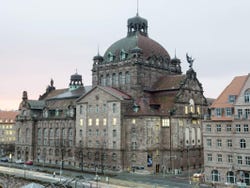 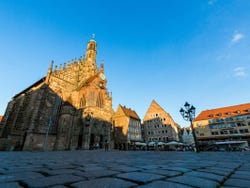 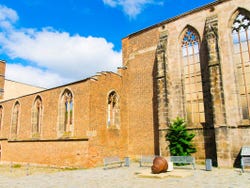 US$ 16.70
No hidden fees or surcharges
Free cancellation up to 24 hours before the service starts
Book

Fede has been a great guide, very ayento9, friendly and with great knowledge. I would love to give it an 11, but it's impossible ... I would absolutely recommend it. Opinion translated. Show original.

Thank you Fede for sharing your great knowledge with us, and for your kindness and sympathy! You are a true professional! Opinion translated. Show original.

Federico has been charming and has told us the story of the Third Reich very well. Opinion translated. Show original.

Fede is a very well prepared guide and has known how to do a very interesting and enjoyable tour and also able to beat the cold of January in Nuremberg, recommended without a doubt! Opinion translated. Show original.

9.40 / 10 444 reviews
Nuremberg is a city with hundreds of stories to tell. Join us on this free walking tour around the historical centre and find out more!
Free!
Book
like

7.70 / 10 6 reviews
The Nuremberg and Fürth tourist card includes free entry to various museums and monuments and access to all the public transport in the city.
US$ 31
Book
like -10%

9.60 / 10 22 reviews
Travel back in time on this walking tour through Medieval Nuremberg. Discover the myths and legends surrounding the city as you explore its historic streets.
US$ 16.70 US$ 15
Book