They say that Turin is the city of black and white magic; find out more on this terrific mysteries and legends tour!

They say that Turin is the city of black and white magic; find out more on this terrific mysteries and legends tour! 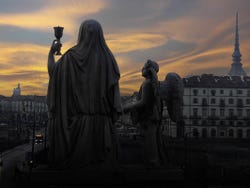 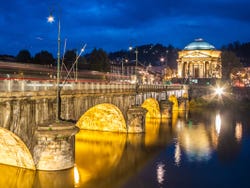 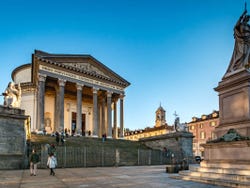 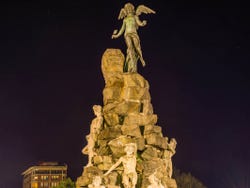 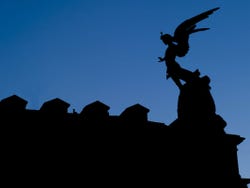 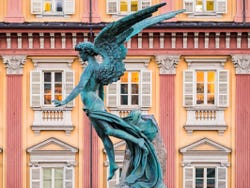 Alongside Lyon and Prague, Turin makes up part of Europe's so-called black and white magic triangle. In fact, esoterism experts claim that the darkest point of this trio is the Piazza Statuto in Turin. That's exactly where we'll meet at 9 pm to start to uncover the city's most curious and interesting mysteries and legends. Don't worry though, black magic hasn't actually been practised in the city in centuries. Although the dramatised performance included on this tour will make you feel otherwise!

In this square, you'll find what are disputed to be the Gates of Hell, although sceptics try to deny this. What you will definitely see, however, is the Frejus Tunnel monument. This memorial is dedicated to the construction workers who died when building the namesake railway tunnel... but is it a coincidence that there is a statue of Lucifer himself on it?

Not far from here we'll head to the Piazza Castello gardens, which are home to many other stories and legends. Here, you'll see the statues known as the angles of Turin, but did you know that they hide a secret message? You'll find this out and more!

The final stop on this mysteries and legends tour will be outside the Gran Madre di Dio church. Next to this temple you'll be able to admire some very special sculptures, in fact, legend has it that one of these sculptures even holds the clue to find the Holy Grail! From here we'll take a bus and return to the initial meeting point.

The activity takes place with a guide in English or Spanish depending on the option.

Dramatisation during the tour.

Varies according to the attraction included.

US$ 31.60
Free cancellation up to 24 hours before the service starts
Book

A different Turin, nice, engaging and very prepared guides. An excursion to do and certainly, when we return, but we will do another one with you Opinion translated. Show original.

Helpful and prepared guide, we entered the heart of the magic of Turin. Well organized tour in every aspect. Live congratulations and good work Opinion translated. Show original.

Very interesting tour from all points of view! Very prepared guide who was able to convey the passion for his territory and for his work and managed to create the right atmosphere by bringing the listener into a parallel dimension! Opinion translated. Show original.

Bene Translate this opinion into English.

8.80 / 10 12 reviews
Hidden below the streets of Torino are a series of chilling mysteries and legends. Do you dare to discover the secrets of Underground Turin on this guided tour?
US$ 33.30
Book
like

No rating yet
Feel like royalty when you enjoy a traditional tasting of sweets in Turin. This 19th-century style experience is perfect for both food and history lovers
US$ 13.60
Book
like