Do you want to visit the Piedmontese capital but you don't know where to start? Join the Turin Free Tour and discover the beautiful city's secrets. Let's go!

Do you want to visit the Piedmontese capital but you don't know where to start? Join the Turin Free Tour and discover the beautiful city's secrets. Let's go! 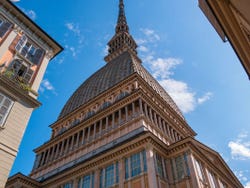 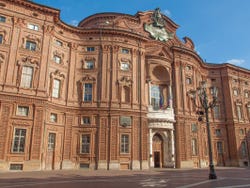 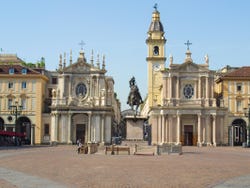 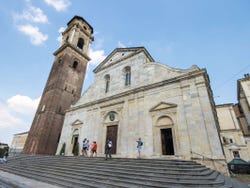 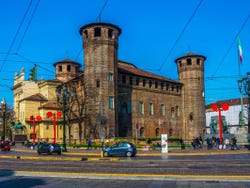 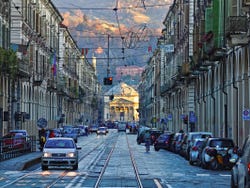 We'll meet at 10:30 am at Piazza Carlo Felice, to start the free tour of Turin. Our guide will lead us around the city to discover its history and its main points of interest. Ready, start and go!

During the tour, we'll see some of the most important places in the historic centre of Turin, along Via Roma and Piazza San Carlo. We'll also get to know the Galleria di San Federico, the beautiful building built in the 1930s, which houses rooms, offices and a historic cinema.

The tour will also take us to Quadrilatero Romano, the area occupied in the past by the Castrum, where today there are some very popular places. Continuing on, we'll see the Corpus Domini Basilica and the Porta Palatina, one of the main archaeological sites in Turin.

Then we'll move towards the Cathedral of Turin, to observe the beautiful white marble facade. Inside the cathedral, built towards the end of the 15th century in an area previously occupied by three early Christian churches, the famous Shroud has been kept for 4 centuries.

We'll cross Piazza Castello and Via Po, to reach the imposing Mole Antonelliana, one of the tallest buildings in Italy named after Alessandro Antonelli, the architect who designed it.

After observing the famous landmark from the outside, the tour will end in front of the symbol of the Piedmontese city.

Piazza Carlo Felice, next to the Sambuy Gardens

A pleasure to discover this city with Laura. Turin, a place to visit. Opinion translated. Show original.

Laura was an excellent professional. Attentive and clear in your explanations Opinion translated. Show original.

Very good, but we have not quite completed the route designed in the tour description Opinion translated. Show original.

I loved the tour, all the history, the explanation of each site was unique, thank you very much, I will recommend you ️ Opinion translated. Show original.

No rating yet
With this entrance ticket you can enjoy three activities around Turin: the Mole Antonelliana, the National Museum of Cinema and the Sightseeing Bus.
US$ 37.50
Book
like

No rating yet
Discover the House of Savoy's main residence with this tour around the Royal Palace of Turin. You'll be left in awe of this 16th Century royal building.
US$ 45.70
Book