Hidden below the streets of Torino are a series of chilling mysteries and legends. Do you dare to discover the secrets of Underground Turin on this guided tour?

Hidden below the streets of Torino are a series of chilling mysteries and legends. Do you dare to discover the secrets of Underground Turin on this guided tour? 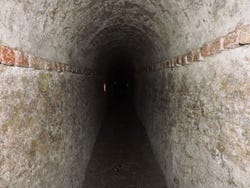 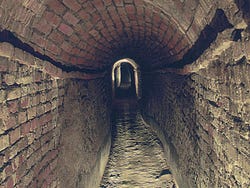 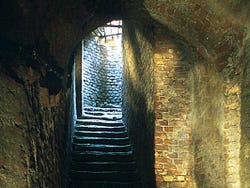 Cities hide terrible secrets in their underbellies and the capital of Piedmonte is no exception. If you dare to leave the safety of daylight behind, meet your guide at 8:30 pm on the corner of Corso Bolzano & Via Severino Grattoni. From here, you'll begin your three-hour tour of four underground tunnels around Turin, getting between them on foot and by bus (tickets included).

As you explore Underground Turin, you'll learn all about the history of the labyrinthine tunnels that burrow under the streets of the city. Many of the so-called "infernotti" were excavated to defend Turin during the French-led Siege of 1706 and many have also played witness to unresolved crimes...

These stories may seem a little too real as you watch the different theatrical performances in the tunnels which represent the city's turbulent history. Like a sleeping dragon, the ancient Citadel of Turin also hides secrets within. Will you be able to solve its greatest mysteries?

After a spine-chilling tour through Underground Turin, you'll return to your original meeting point by bus at 10:30 pm.

Who can participate in this tour?

It is compulsory to present a Covid vaccination certificate, a negative PCR test or antigen test taken up to 48 hours before the activity.

Theatrical performances during the tour.

US$ 34.50
Free cancellation up to 24 hours before the service starts
Book

Interesting, culture at hand. Historical curiosities of the city of Turin experienced directly .. The guides were pleasant and helpful. Opinion translated. Show original.

excellently organized tour, nice and well-prepared guide, the volunteer at the Pietro Micca museum made the visit to the dungeons very fun for my grandchildren who accompanied me (8 years, 12 years, 15 years). All perfect. Thanks Opinion translated. Show original.

Hi, the part relating to Pietro Micca was valid, the rest uninteresting: I was expecting places of worship (sacred and profane), temples, gatherings of carbonari or freemasons. Good guide and extras Opinion translated. Show original.

No rating yet
With this entrance ticket you can enjoy three activities around Turin: the Mole Antonelliana, the National Museum of Cinema and the Sightseeing Bus.
US$ 37.50
Book
like

8.70 / 10 76 reviews
Do you want to visit the Piedmontese capital but you don't know where to start? Join the Turin Free Tour and discover the beautiful city's secrets. Let's go!
Free!
Book