From a unique Yiddish theatre and Nobel prize winners to uprisings and the Holocaust: discover the incredible cultural heritage and tragic history of Jewish Warsaw on this free walking tour.

From a unique Yiddish theatre and Nobel prize winners to uprisings and the Holocaust: discover the incredible cultural heritage and tragic history of Jewish Warsaw on this free walking tour. 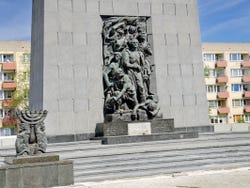 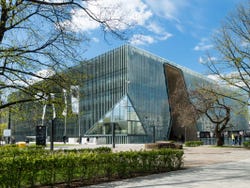 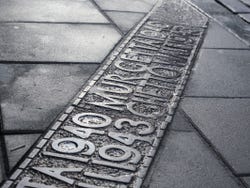 After meeting your tour guide in front of All Saints Church in the heart of the Polish capital, you'll begin your free walking tour through Jewish Warsaw. The church is located in what was the former Warsaw Ghetto, which was the largest Jewish ghetto in Nazi Germany-occupied Europe between November 1940 to May 1943. Even before the war, the city was home to a huge and flourishing Jewish community, with thriving artists, actors and writers making this a vibrantly cultural area.

From All Saints Church you'll follow a route around the former ghetto, discovering important sites for the past and present Jewish communities of Warsaw while your English-speaking guide explains the history and significance of each place.

You'll see the contemporary building which houses the Museum of the History of Polish Jews; the memorial located at the former "Umschlagplatz" where ghettoised Jews were gathered together before being transported to death camps in World War II; and the remains of Pawiak Prison.

Hear all about the most famous names that called the city home: from Nobel Prize Winner Isaac Bashevis Singer to Irena Sendler, who saved thousands of Jews during World War II, and contemplate the Ghetto Heroes Monument, a memorial commemorating the Warsaw Ghetto Uprising of 1943.

Your free walking tour through the highs and lows of Jewish Warsaw will come to an end after approximately two and a half hours.

Really nice your to know more about the history behind. So many interesting details.

The guide was very knowledgeable and interesting Recommend this tour, one of our highlights of being in Warsaw

I learned a lot on this tour. Our guide was very knowledgeable.

The visit was comprehensive, enriching and enjoyable. We highly recommend it! Opinion translated. Show original.

We really enjoyed the Warsaw free tour. Our guide taught us a lot of things, with a sense of humor. To do! Opinion translated. Show original.

9.50 / 10 4,021 reviews
Our free walking tour of Warsaw is the ideal way to begin to discover the capital of Poland, exploring the Royal Castle, Barbican and the Market Square.
Free!
Book
like

9.20 / 10 56 reviews
Discover the best of Warsaw: make the most of your trip to the Polish capital enjoying a tailored private tour with an exclusive English-speaking guide.
US$ 152.90 per group
Book
like

10 / 10 2 reviews
Who has planned a trip to Poland without thinking about going to Auschwitz-Birkenau? With this tour, you'll cross the fences the famous concentration camp.
US$ 610.50 per group
Book