Visiting the memorial and museum of the Auschwitz Concentration Camp is essential in trying to understand the horrors of the Second World War. Discover its history on this day trip from Warsaw. 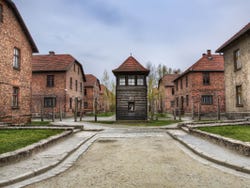 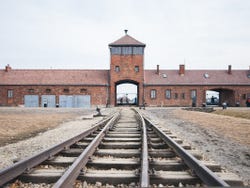 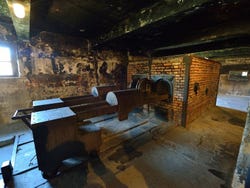 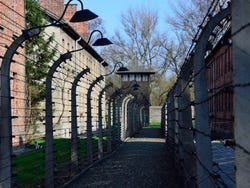 Many people have tried to describe the horrifying ordeal of the Nazi concentration and extermination camps of World War II, but the horror defies words. Experiencing the museum and memorial of the Auschwitz-Birkenau Concentration Camp is an important step in attempting to truly understand the extent of the tragic events of this era. This day trip will take you from Warsaw to the infamous site by bus, while an expert guide explains its history.

After an approximately three-and-a-half-hour drive, you'll arrive in Oświęcim, a small town in southern Poland that, between 1940 and 1945, bore witness to the horrendous acts of the Nazis. During this period of the Second World War, the Third Reich constructed a series of concentration and extermination camps on the outskirts of Oświęcim, where they committed horrendous crimes against prisoners of war, Jews, and other ethnic groups. These were known as Auschwitz I and Auschwitz II-Birkenau, which have been converted into the Auschwitz-Birkenau Memorial and Museum, founded in 1947.

Your guided tour of the former concentration camp will take you to see the area where the inmates imprisoned here lived. The prison blocks and barracks retain a dark and mournful atmosphere, and it is sobering to imagine human beings being forced to live here, within the barbed wire fencing that surrounds the camp. You'll also see the crematoriums and the gas chambers where over one million people were killed, and the railway whose tracks ended at Auschwitz, which transported so many prisoners to their death.

This day trip to Auschwitz is a deeply moving experience and the memorial and museum serve not only to honour those who suffered and lost their lives through this horrific experience, but also to educate visitors and a greater global audience in order to ensure that what happened here never happens again.

Following your visit to the camp, you will be taken back to the original departure point in Warsaw.

Please remember to bring your ID or passport on the day of the excursion.

You can book up until the previous day (7:00 pm) if there are still places available. Book now to guarantee your spot.

Everything was great except the bus, it was a but uncomfortable and small for such a long trip. Besides that it was great. Nice tour guides and super on time

No rating yet
Who has planned a trip to Poland without thinking about going to Auschwitz-Birkenau? With this tour, you'll cross the fences the famous concentration camp.
US$ 560.80 per group
Book
like Free

10 / 10 9 reviews
From a unique Yiddish theatre to uprisings and the Holocaust: discover the rich cultural heritage and tragic history of Jewish Warsaw on this free walking tour.
Free!
Book
like

9.40 / 10 70 reviews
Be captivated by Frédéric Chopin’s soul-stirring music by assisting a piano concert in the heart of Warsaw. Chopin is one of the most outstanding Polish composers.
US$ 29.80
Book