Feel like a true explorer on this tour of the Palo Verde National Park: discover Costa Rica's tropical forests and cruise down the Tempisque River in search of crocodiles... if you dare!

Feel like a true explorer on this tour of the Palo Verde National Park: discover Costa Rica's tropical forests and cruise down the Tempisque River in search of crocodiles... if you dare! 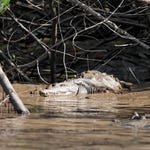 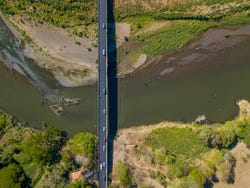 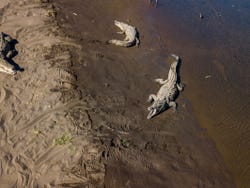 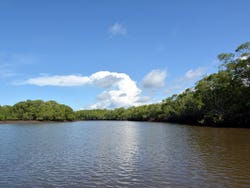 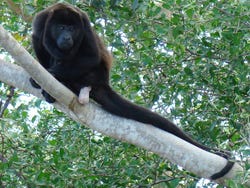 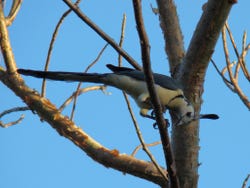 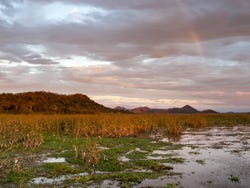 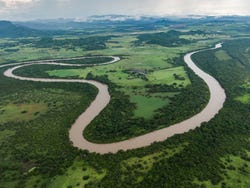 We'll pick you up at your hotel in Guanacaste at 7:30 am, and set off towards the Palo Verde National Park, arriving an hour later.

As soon as we arrive, we dive straignt into the wetlands (not literally!) - an area covered by sea just 6000 years ago and considered one of the most important in the world, We will walk along the Tempisque river, discovering the riverside forests and pastures keeping our eyes open for hummingbirds, martiners, blue-winged teals and majestic quetzals.

During the visit we will also see howler monkeys, among other kinds, crocodiles and saínos, as well as dozens of other species. And after all that you're sure to be hungry, so we'll fuel up with a traditional lunch packed with local specialities.

With renewed energy, the tour sets off towards Guaitil, where we will learn about the peoples native to the region, and see how the artisans create beautiful pieces of pottery.

After an unforgettable five hours, we will take you to your hotel for 12:30 pm.

At monuments, museums and attractions, the maximum permitted capacity will be a 25% of the total maximum capacity.

Hotel Pick up and drop off.

€ 86.30
Free cancellation up to 24 hours before the service starts
Book

9.80 / 10 26 reviews
Spend a day in paradise - enjoy a luxury cruise over the mesmerizing turquoise waters of the Pacific on this tour to the spectacular Tortuga Island.
€ 112.30
Book
like

No rating yet
Discover Costa Rica's tropical rainforest in a new and fun way: enjoying ziplines, a giant water slide and horseback riding at Buena Vista Adventure Park.
€ 129.50
Book
like

No rating yet
Enjoy a horseback ride through the Diamante Eco Park and discover the Costa Rican jungle. You'll ride along dirt roads and reach the Pacific Ocean.
€ 44.90
Book