Leave Costa Rica behind and spend a day in Nicaragua: explore the historic town of Granada and discover the spectacular volcanic landscapes of the Masaya National Park. 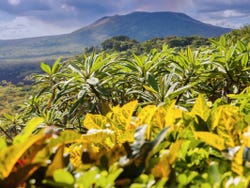 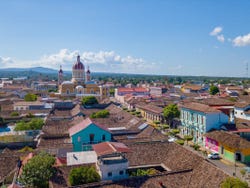 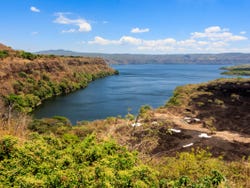 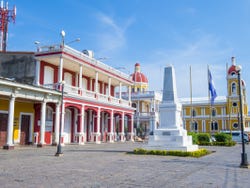 On the day of your excursion, you'll be picked up from your hotel first thing in the morning and set off from Guanacaste towards the north. Reaching the border, you'll leave Costa Rica behind and enter Nicaragua, heading to the first stop on your tour: Granada.

Enjoy a guided tour of the historic centre of Nicaragua's oldest city, which is located on the coast of Lake Cocibolca, also known as Lake Nicaragua. Immerse yourself in the rich cultural heritage of picturesque Granada, discovering its colonial past as well as its important indigenous legacy as you admire its most emblematic landmarks.

Stroll through Granada's streets to the Cathedral, a bright yellow colonial-style building and one of the most important monuments in the city. As you take in the different architectural styles that characterise the Central American city, you'll learn how it has earned the nickname "La Gran Sultana".

After a full morning of sightseeing, you'll take a well-earned break at a local restaurant to indulge in a delicious lunch of typical Nicaraguan cuisine. Then, with your energy renewed, it'll be time to see a new side of the country.

Leaving the city of Granada, you'll delve into Nicaragua's beautiful natural landscapes, visiting the Masaya Volcano National Park. Walk between the craters of the San Fernando and San Juan Volcanoes... don't worry, they're not active! Throughout your hike, you'll be captivated by the spectacular views of the verdant hills around you.

At the end of your day exploring Nicaragua, you'll return to the border with Costa Rica, before being transferred back to your hotel in Guanacaste.

When making your reservation, you'll be asked to select where in Guanacaste you'd like to be picked up from. The pick up time depends on which area you're staying in:

Breakfast (except with pick up from Zone 3).Lunch.

You can book up to 2 days before (Guanacaste local time) if there are still places available.

No rating yet
Feel like a true explorer on this tour of the Palo Verde National Park and cruise down the Tempisque River in search of crocodiles... if you dare!
US$ 126
Book
like

No rating yet
Discover one of the most spectacular sights in Costa Rica, the impressive Arenal Volcano and its beautiful hot springs, on this unmissable tour from Guanacaste!
US$ 194
Book
like

10 / 10 1 review
A beautiful waterfall in the jungle, crocodiles on the Bebedero River and the "white city" of Liberia: discover the best of Guanacaste on this full-day tour.
US$ 99
Book