Discover some of the most beautiful spots in the UK on this day trip from London: explore Shakespeare's birthplace, Stratford-upon-Avon, and the two picturesque Cotswolds villages of Bibury and Bourton-on-the-Water.

Discover some of the most beautiful spots in the UK on this day trip from London: explore Shakespeare's birthplace, Stratford-upon-Avon, and the two picturesque Cotswolds villages of Bibury and Bourton-on-the-Water. 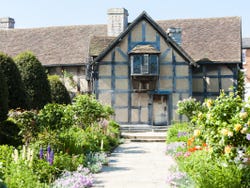 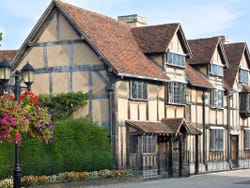 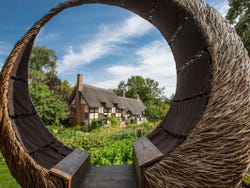 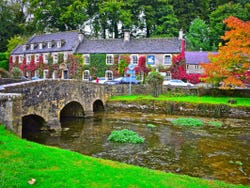 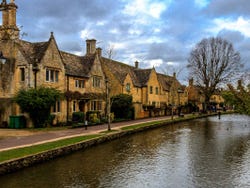 After meeting up at Victoria Station in London, we'll set off at 8:30 am in the direction of Stratford-upon-Avon.

Arriving in the historic town, which is best known for being the birthplace of William Shakespeare, we'll make our way to the house where the legendary playwright was born. As we admire this modest home, our guide will entertain us with fascinating stories about life in the Elizabethan era.

Having discovered the magic of Shakespeare's Stratford, we'll next make our way to the Cotswolds, an area of outstanding natural beauty. Rolling hills, lush green fields and charming villages make this one of the prettiest areas of the UK.

We'll make stops to take photos in Bourton-on-the-Water, a town whose low bridges and stone-banked rivers have earned it the nickname "Little Venice", and Bibury, once described as "the most beautiful village in England". You'll have to see it for yourself!

At the end of an unforgettable day of sightseeing, we'll return to London, where you'll be dropped back off at the original departure point around 7:30 pm.

The family ticket is available for two adults and two children.

Please note, due to working hours restrictions for drivers, if your tour arrives back into London after 7:45 pm, you'll be dropped off a few minutes' walk from Gloucester Road Underground Station instead of Victoria Station.

Free! Free cancellation up to 24 hours before the activity starts. If you cancel under this time or do not show up, you will not be refunded.
US$ 109.20
Book