Enjoy waterfalls, a night safari, history and many traditions with this Best of Ghana: 12 Day Tour. You'll discover all the West African country has to offer.

Enjoy waterfalls, a night safari, history and many traditions with this Best of Ghana: 12 Day Tour. You'll discover all the West African country has to offer. 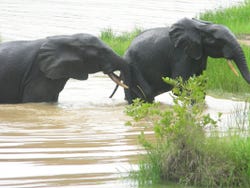 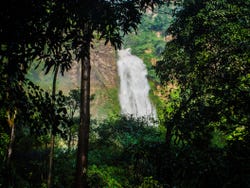 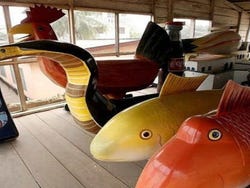 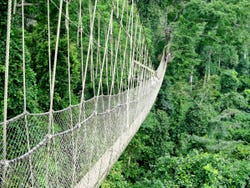 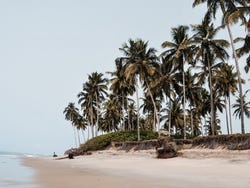 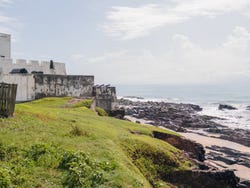 On arrival at Accra airport, we'll be waiting to take you to the hotel in the Ghanaian capital. Once there, you'll have free time to settle in and rest.

After breakfast, we'll start our guided tour around Accra's most symbolic locations. The first stop will be the Independence Square, and then nearby is the Kwame Nkrumah Memorial Park where the remains of the first Ghanaian president rest.

We'll visit the country's largest artisan market and go to the James Town neighbourhood, which is famous for the many lighthouses which shine for the boats from the Gulf of Guinea. To end the day we'll go back to the hotel to have dinner.

In the morning we'll take you to Teshie Nungua, a small village which is famous for its 'fantasy coffins' carved into curious shapes. Next, we'll go to the Shai Hills Reserve and admire the traditional local animals including the antelopes, baboons and bushbucks.

Later, in the afternoon, we'll visit the Aburi botanical garden and learn about the indigenous flora. We'll also go to the Akuapim hills and the Tetteh Quarshie Farm where the Ghanaian cacao is cultivated. Before heading back to Accra, we'll stop at the Plant Medicine Scientific Research Centre.

Finally, we'll go back to the hotel in Accra and have dinner.

We'll leave the hotel in Accra to head north to the Akosombo Dam, and admire the beautiful views of the Volta Lake, known as Ghana's hydroelectric birthplace.

Following on, we'll stop at Tafi Atome and its monkey sanctuary, where we'll find a sacred forest which has survived several fires and human disturbance. Then, in the afternoon we'll go to our hotel in Ho to have dinner.

On this day we'll make our way to Tamale in northern Ghana and stop at the Agumatsa Forest Reserve along the way. We'll continue on to the Wli waterfalls, the largest in the country, measuring up to 24 metres tall (78 ft).

On arrival in Tamale, we'll go straight to the hotel to have dinner and rest.

We'll start the day by going to Tongo, where a traditional greeting will welcome us. Our next stop will be the town of Paga, famous for its sacred crocodiles. Don't worry, they're completely harmless.

Then we'll return to Tamale to visit its market and continue to Mole National Park to experience a night safari! The day will end at the hotel in Mole for dinner and rest.

We'll have an early breakfast at the hotel and go back to wander through the Mole National Park. Then, you'll have free time to relax in the hotel pool while watching the elephants.

In the afternoon, we'll visit the village of Morgounori. Here we'll discover the traditional lifestyle in northern Ghana. and go for a canoe ride. After this, we'll return to the hotel and have dinner.

After breakfast, we'll make our way to Kumasi. We'll stop at the Kintampo waterfalls, then continue on to Kumasi, the capital of the Ashanti Kingdom. We'll visit the city's central market and the Okomfo Anokye Sword. Did you know that there is a local myth that a golden throne came down from heaven?

The day will end back at the hotel in Kumasi to enjoy a delicious dinner.

Once we've had breakfast we'll go to visit the Manhyia Palace, which was the official residence of the Asantehene of Asanteman. The tour will also take us through Kumasi's historic centre and stop at the National Cultural Centre, where you'll find the Prempeh II Jubilee Museum.

Later, we'll head to the Ashanti artisan villages: Ahwiaa and Bonwire. You'll see how African sculptures are formed and how Kente's famous fabrics are produced. Finally, we'll go back to the hotel in Kumasi to have dinner.

In the morning we'll leave Kumasi and the tour will move to Busua. Before arriving, we'll stop at the city of Obuasi, a rich gold mine from the ancient Kingdom of Ashanti.

We'll spend the afternoon settling into the hotel in Busua which has the best beaches in Ghana. You'll have time to relax under the sun and swim in the Gulf of Guinea. The day will end with a delicious dinner.

The eleventh day will begin by visiting the Elmina Castle, also known as the St. George Castle and UNESCO World Heritage Site. The next stop will be the Kakum National Park, one of the few tropical forests in West Africa. Its main attraction is the wooden walkway which reaches across the impressive green space. You'll feel like your flying over the trees!

The day will end by returning to the hotel in Elmina, next to the beach, where you can enjoy its facilities and have dinner.

In the morning we'll visit the Cape Coast Castle and the West African History Museum.

Afterwards, we'll go back to Accra and take you to the airport where the Best of Ghana: 12 Day Tour will end.

The Best of Ghana: 12 Day Tour includes 11 nights accommodation with breakfast at the following hotels or similar ones:

You can book up to 2 days before (Accra local time) if there are still places available. Book now to guarantee your spot.

Per group from
US$ 6,024
Free cancellation up to 7 days before
Book

No rating yet
Explore the Cape Coast, the Ada Foah mangroves and Ghana's capital city with this 6 Day South Ghana Tour Package departing from Acra.
US$ 3,200 per group
Book
like

No rating yet
Explore Accra, Cape Coast and Kumasi with the 8 Day South Ghana Tour Package. Visit the landmarks on the Ghanaian coast and the Ashanti Kingdom capital.
US$ 3,788 per group
Book
like

No rating yet
Visit Accra, Cape Coast Castle and the beaches of Elmina with this Ghana 2 Day Tour. You'll also enjoy the landscapes of the Kakum National Park.
US$ 830 per group
Book