Enjoy one of Iceland's most impressive waterfalls while exploring its volcanic landscape with this Godafoss Waterfall Guided Tour from Akureyri. 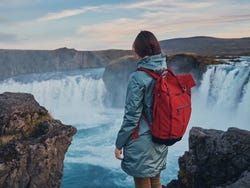 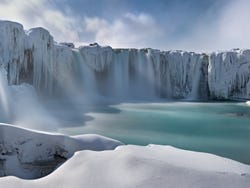 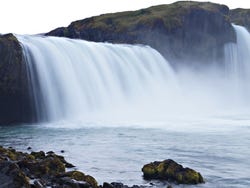 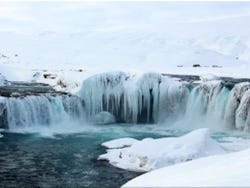 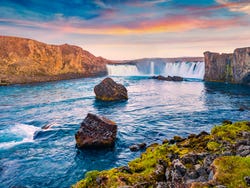 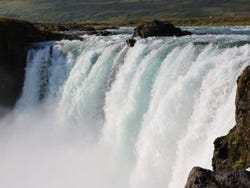 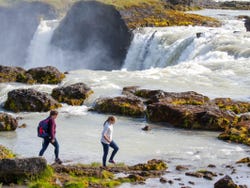 We'll pick you up from your hotel in Akureyri at a time of your choice and drive to Godafoss Waterfall, also known as the waterfall of the gods. Want to know why? Let's find out!

After a 30 minute drive, we'll arrive at the vicinity of the waterfall, considered to be one of the most spectacular waterfalls in Iceland. There we'll learn why this enclave is steeped in history. In the year 1000 A.D. it became the birthplace of the Christianisation of the country. We'll tell you the legend that surrounds Godafoss while we explore the fascinating natural environment that surrounds it.

We'll enjoy the 12-metre high Godafoss waterfall and, after some amazing photographs, we'll return to Akureyri. The tour will end at your hotel after 2 hours 30 minutes hiking.

Pick up and transfer back to the hotel.

Wheelchair accessible. Accessible toilets. This must be indicated in the reservation.

US$ 72.70
Free cancellation up to 24 hours before the service starts
Book

9.30 / 10 3 reviews
Discover one of Hjalteyri's best-kept secrets! Step aboard our traditional boat and experience the tranquillity of whale watching in these incredible scenic sur
US$ 86.60
Book
like

No rating yet
Can you imagine anything more magical than seeing whales and dolphins swimming in the waters around Iceland under the incredible light of the midnight sun​?
US$ 88.80
Book
like

No rating yet
If you love wildlife, don't miss this incredible whale watching cruise in Akureyri. Spend three hours searching for the majestic creatures in Eyjafjörður.
US$ 88.80
Book