Explore the lively streets of Colombo on a guided tuk-tuk tour. You'll be immersed in the Sri Lankan city's vibrant atmosphere as you discover its most beautiful monuments.

Explore the lively streets of Colombo on a guided tuk-tuk tour. You'll be immersed in the Sri Lankan city's vibrant atmosphere as you discover its most beautiful monuments. 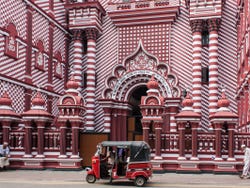 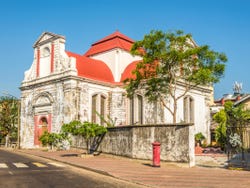 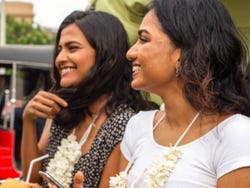 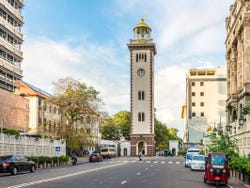 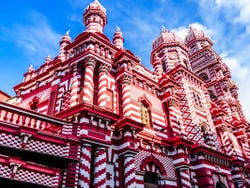 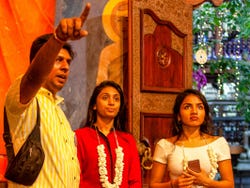 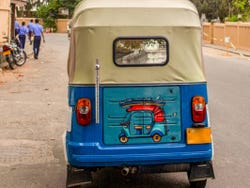 We'll pick you up from your hotel in Colombo at 9 am or 4 pm, depending on what you've booked, to begin your tuk-tuk tour of the colourful Sri Lankan city of Colombo. Your expert guide will reveal some key facts about the island and its history, and before you know it you'll be zooming around the streets in your tuk-tuk.

The first stop will be the Sri Muthu Vinayagar Swamy Kovil Temple, one of the most important temples in the capital, before heading on to the Wolvendaal Church or the Old Colombo Town Hall. Then it's onwards, through the winding streets of the historic centre until we get to the Red Mosque, also known as the Jami Ul-Alfar. Then we'll make our way to Colombo's financial district, to admire some of the most important institutions in the city.

Then we'll explore the Fort neighbourhood, where other important monuments such as the Walukaramaya Buddhist temple, the Town Hall and the Commemorative Independence Hall can be found.

Finally, the cherry on the cake will be either a traditional lunch or dinner in a local restaurant, after all, Sri Lanka's food is another of its unmissable attractions!

Then after four hours exploring Colombo by tuk-tuk we'll take you back to your accommodation where we'll finish the tour.

Lunch or dinner (depending on time booked).

No rating yet
Discover the captivating capital of Sri Lanka's beautiful, mountainous central region when you take this private guided tour of Kandy.
US$ 125 per group
Book
like New

New
Admire the extraordinary Lion Rock of Sigiriya and the Golden Temple of Dambulla on our Sigiriya & Dambulla Private Day Trip from Colombo. You'll have a guide just for you and your party.
US$ 150 per group
Book
like

No rating yet
Discover the tastes of Colombo! Indulge in the finest delicacies of Sri Lankan cuisine while you explore the ocean city's most important landmarks.
US$ 35
Book