Travel through time to the Ancient East of Ireland and explore the Celtic heritage of the historic Boyne Valley on this day trip from Dublin. 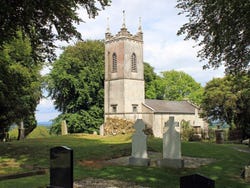 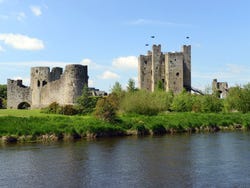 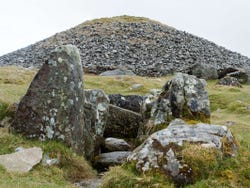 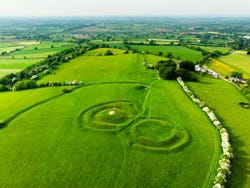 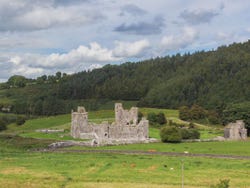 After meeting up at the Molly Malone statue on Suffolk Street in Dublin, we'll set off by coach to explore some of eastern Ireland's most fascinating historic places.

Our first stop will be at Ancient Ireland's most sacred site: the Hill of Tara. This historic ceremonial and burial site was the seat of the High Kings of Ireland according to Celtic tradition. As well as admiring the ancient monuments on the hill, we'll also enjoy the spectacular views it offers over the Irish countryside.

These lush green landscapes will accompany us as we continue to the next stop on our tour, an impressive Norman fortress known as Castle Trim. Our guide will reveal fascinating facts about the surprisingly well-preserved 12th century ruins as we stroll around and take photos of its grounds.

Continuing onwards, we'll head to Loughcrew, home to a number of Megalithic passage tombs dating back to 3000 BC. You'll be enchanted by the legendary history of these ancient cairns and the views offered by this spot, the highest point in the county.

We'll then make our way to Fore Abbey, the ruins of a Christian monastery founded in the 7th century. Here we'll discover the history of the sacred site, for example that it has been set on fire 12 different times over the course of its history!

The final stop on our tour will be at the Hill of Uisneach, considered the spiritual centre of Ireland. We'll hear all about the importance of this location for the old Kings of Ireland and the festival of fires they would celebrate here, before we make the return journey to Dublin.

You'll be dropped off on Dame Street in the city centre around 6 pm.

US$ 59.30
Free cancellation up to 24 hours before the service starts
Book

9.60 / 10 8,710 reviews
Our Dublin tour is the best way to discover the capital, taking in the main monuments, neighbourhoods, and stories which make up the city. What's more, it's free!
Free!
Book
like

9.70 / 10 85 reviews
Explore the sights around the Irish capital with this Dublin Private Tour. You'll have an exclusive guide at your disposal to discover the city with your group.
US$ 117.40 per group
Book
like

9.70 / 10 16 reviews
Discover the wild beauty of the Cliffs of Moher: explore the Irish coastline, The Burren and Galway on this unmissable day trip from Dublin .
US$ 59.30
Book