Explore one of the most famous studios in Hollywood, and discover all its secrets with this tour of the Warner Bros studios. 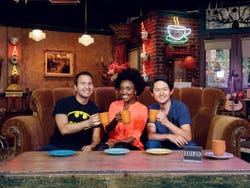 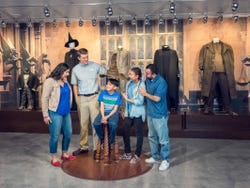 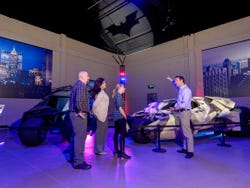 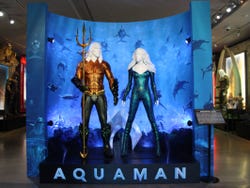 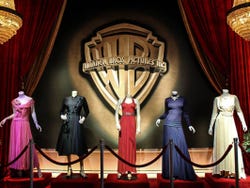 The tour meets at the agreed time, beginning our guided tour of one of the most prolific studios in Hollywood.

Our route beigns with a two hour guided tour, where our guide will take us back to the magical world of Harry Potter, among other equally famous films and series. First, we'll visit the backlot - the industry term for the area surrounding the studios which is dressed up and used to represent different locations in thousands of films over more than 44 hectares.

Then we'll check out the sound studios, where the professionals bring the movies to life with an endless array of techniques and tricks. Having visited these studios, we'll then head to the archives, currently boasting an exhibition about the DC universe, with original props and costumes from films like Wonder Woman, or collector's items such as a first edition of the Justice League comic.

As well as the temporary DC Comics exhibition, the archive also has original costumes from one of cinema's most famous sagas: Harry Potter. And you can also see some of the equipment used in the more recent Fantastic Beasts and Where to Find Them.

The second last part of our guide will take place in the Batcave, where we can admire a perfect recreation of Bruce Wayne's hideout, including some of his most famous vehicles, including the Batmobile used in Batman vs Superman or the Tumbler, a military vehicle used in the Dark Knight Trilogy. And finally, we'll take a look around the props department, which has one of the largest collections of objects used in the golden age of Hollywood.

After the guided tour, you'll have free time to explore other areas of the Warner Bros studios, such as Stage 48, where you can see the original sets of legendary series such as Two and a Half Men and Friends. Can't you just imagine yourself sat in Central Perk like Joey, Phoebe, Ross or Rachel?!

And throughout the interactive experience, you can try any number of other activities, such as the design and creation of batmobiles, riding Harry Potter's broom, or taking a selfie in at the same table used in The Lord of the Rings: The Fellowship of the Ring.

Entry to the Warner Bros studios.

US$ 72
No hidden fees or surcharges
Book

8.60 / 10 18 reviews
The Go Los Angeles All-Inclusive Pass allows free access to over 34 attractions, including the Warner Brothers Studios and Chinese Theatre.
US$ 99
Book
like -10%

10 / 10 1 review
Make the most of your time in Los Angeles learning to surf on Venice Beach, one of the city's most iconic beaches. Ready to ride the waves?
US$ 59
Book