Delight yourself with the most extraordinary enclaves in Baja California Sur with our La Paz, Cancer Tropic & Todos Santos Day Trip from Los Cabos. An adventure full of surprises awaits!

Delight yourself with the most extraordinary enclaves in Baja California Sur with our La Paz, Cancer Tropic & Todos Santos Day Trip from Los Cabos. An adventure full of surprises awaits! 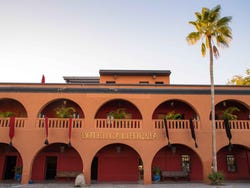 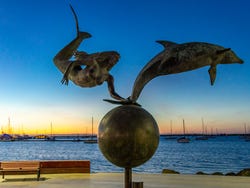 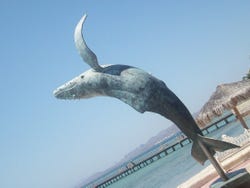 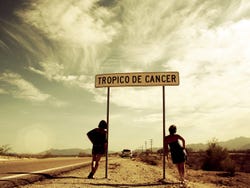 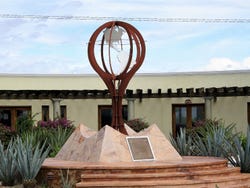 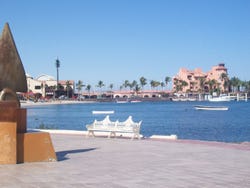 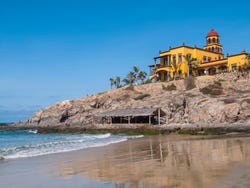 At 7 am we'll pick you up from your hotel in Los Cabos so we can start our day trip to some of Baja California Sur's most unique spots. Let's go!

Our first stop will be the Tropic of Cancer, the point where one of the imaginary lines on the Earth's sphere passes and marks the summer solstice. Did you know that the word tropic comes from the Greek Trepomai? You'll definitely want to get your cameras out to take pictures at this key astronomical landmark.

We'll continue our journey and, before reaching our next destination, pass by a 154 foot (47 metre) chimney called La Ramona, a work by Gustave Eiffel. Once we've arrived in La Paz, we'll take a tour of its historic centre. You'll see monuments such as the Cathedral and its Jesuit past, the Government House, and the 3 mile (5 kilometre) promenade, which boasts statues of illustrious figures such as Jacques Cousteau. After the tour, you'll have 1 hour of free time to explore the town.

We hope you're hungry! At 2:30 pm we'll head to Pichilingue Beach and have a delicious lunch of fish, garlic shrimp and some other delicacies. Once we've got our strength back we'll head for Todos Santos, which was declared a Pueblo Mágico (magic town) in 2006 due to its beauty and historical relevance. You'll soon see it's worthy of the title, from the colonial building of the Santa Rosa mission to the cinema and theatre built in 1944, where the films that marked Mexico's Golden Age of Cinema were shown.

Finally, we'll pass by the Hotel California. According to urban legend, this spot inspired the band The Eagles to release an album of the same name in 1977.

Our day trip will end upon our arrival back at your hotel in Los Cabos at 7:30 pm.

Water and soft drinks on the bus

9.50 / 10 4 reviews
Discover the beauty of Los Cabos and get to know the incredible marine life on this boat trip that includes snorkelling, a barbecue lunch and an open bar!
US$ 79
Book
like

8 / 10 7 reviews
See one of the richest marine ecosystems on the planet with this boat tour of 'the world's aquarium'. An unforgettable experience up close with nature!
US$ 20
Book
like

8 / 10 2 reviews
Explore the fascinating landscape of Cabos on camelback, and enjoy a traditional Mexican dinner and tequila tasting in an incredible desert by Mar de Cortés.
US$ 95
Book