Admire Polish, Austro-Hungarian and Soviet heritage in the beautiful Ukrainian city of Lviv on this guided tour through its historical centre.

Admire Polish, Austro-Hungarian and Soviet heritage in the beautiful Ukrainian city of Lviv on this guided tour through its historical centre. 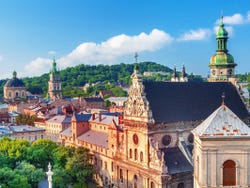 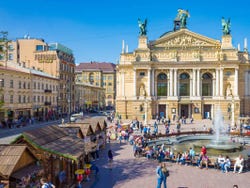 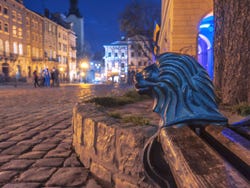 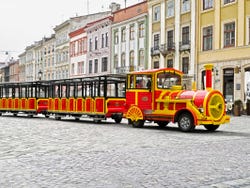 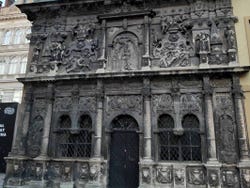 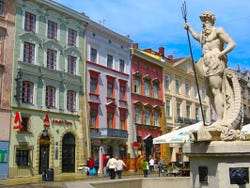 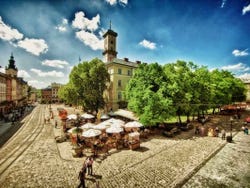 We'll meet at 10 am outside the Lviv State Theatre of Opera and Ballet. After admiring this iconic building, we'll set off on a guided walking tour of the city.

First, we'll head into its old town, declared a World Heritage Site by UNESCO in 1998. As we walk down the Prospekt Svobody avenue, we'll marvel at the Baroque, Gothic and Renaissance architecture. We'll also pass by the Boim Chapel, the Dominican Cathedral and the Cathedral Basilica of the Assumption.

Lastly, we'll go to the 14th century Market Square and admire the City Hall along with other emblematic buildings and statues. The tour will end here at 12:30 pm.

Free! Free cancellation up to 24 hours before the activity starts. If you cancel under this time or do not show up, you will not be refunded.
US$ 15.60
Book

10 / 10 1 review
Discover the most iconic monuments and landmarks of the city of Lviv on this private guided tour with an exclusive guide just for you and your group!
US$ 62.40 per group
Book
like

No rating yet
Learn how to make delicious Ukrainian delicacies with the help of a local host at this cooking class in Lviv. Become experts in varenyky and borsch!
US$ 93.60 per group
Book
like

10 / 10 2 reviews
Uncover the darkest mysteries and legends of Lviv on this guided tour of its undergrounds with an exclusive guide just for you and your group!
US$ 72.80 per group
Book