Take a half-day trip from Madrid and head to El Escorial, symbol of Spain’s power during the sixteenth century, and visit the Valley of the Fallen, a basilica and memorial designed by the Spanish dictator, Franco.

El Escorial and Valley of the Fallen Trip

Board an air-conditioned coach at 8:45 am and relax while you drive through the Sierra de Madrid until you get to El Escorial.

The first stop will be the Royal Monastery, listed as a UNESCO World Heritage Site, an imposing building began in 1563 and completed in 1584. It is a symbol of the country’s power during the sixteenth century. It was established to commemorate the Battle of Saint Quentin against the French and is where the remains of Charles V lie. You will visit the most interesting part of the complex including the Palace, the Mausoleum (Panteón de los Reyes e Infantes), the Basilica and the chapterhouse.

After visiting the complex that was for many years known as the Eighth Wonder of the World, you will climb back on the coach and head to Valley of the Fallen, only 9 KM from El Escorial.

The Valle de los Caídos (Valley of the Fallen) is an enormous basilica built into the rocks and a memorial in the shape of a huge 100-meter-tall cross visible from 40km away. Commissioned by the Spanish Dictator, Francisco Franco, it was built between 1940 and 1959 to commemorate those who died during the Spanish Civil War, but to this day, this monument is still very controversial. 33,872 soldiers from both sides who died during the war.

After completing the tour, you will head back to Madrid at around 2 pm.

From Madrid, we'll head directly to the Royal Site of San Lorenzo de El Escorial (known as the Royal Monastery of El Escorial), where we'll enjoy a guided tour around this UNESCO World Heritage Site. During the tour, we'll visit the Palace of the Austrias, the Mausoleum, the Chapterhouse, the basilica and of course, the famous library housing hundreds of historical books.

After the guided tour you'll have some free time where you can wander around the monastery and discover the beautiful gardens. Then, at the scheduled time we'll meet again to head back to Madrid. 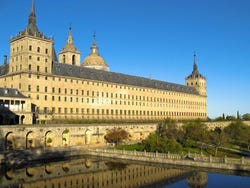 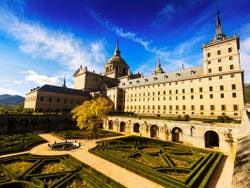 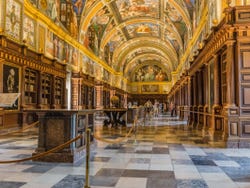 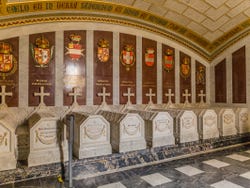 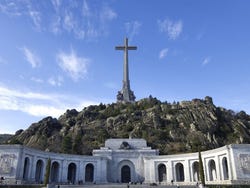 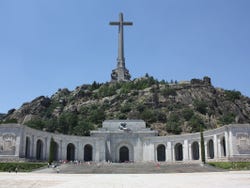 El Escorial and Valley of the Fallen Trip

Entrance to the various monuments you visit during the tour.

Valley of the Fallen is amazing. I highly recommend this tour.

The trip was amazing! Two beautiful, beautiful places. The tour guide was perfect. She was very knowledgeable, kind, and made it a point to highlight very specific facts about the different places she was showing. We only wish we had more time to explore both. At El Escorial you could spend hours there walking around and reading all of the information. At Valley of the Fallen we could have used another hour. But the trip for me was so surreal and enlightening.

The guide was very good and very nice. Her English was good but her accent and tone of voice made it difficult for me to understand her (Me hearing is not that great!) but not for my wife. And the broken loudspeaker near our seat didn’t help. The guide in the Escorial was also very good and nice.

The tour was fine. If you have any mobility problems you should know there is a bit of walking involved and many steps. The one negative for us was the fact that the tour moved along at a rapid pace. Information came at you quickly and then you were in another room. At Valley of the Fallen we walked down to the altar and back to the entrance. It was just all very fast. The tour guide gave information as we went along but there was the definite feeling of being on a tight time schedule.

The tour guides were very good. The bus was comfortable. The time spend at the Valley of the Fallen was way too short. That need to be fix.

I travelled with my partner
Show all the reviews
like -38%

9.30 / 10 270 reviews
Take a free walking tour of Madrid and discover its most emblematic areas, monuments and buildings accompanied by a local bilingual guide and learn about its history and legends.
Free!
Book
like

9.10 / 10 185 reviews
Delve into Spain’s culture and history with a guided tour of the Royal Palace, one of the largest in Europe, followed by the Prado Museum, Spain's most visited.
US$ 54
Book