Discover the works of one the 20th century's greatest painters in the city of his birth on this guided tour of the Picasso Museum in Malaga. Includes entry to the famous gallery!

Discover the works of one the 20th century's greatest painters in the city of his birth on this guided tour of the Picasso Museum in Malaga. Includes entry to the famous gallery! 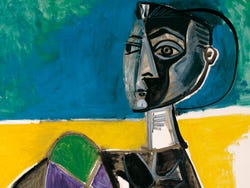 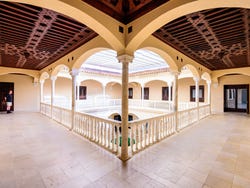 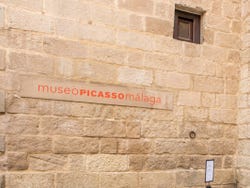 “When I was a child my mother said to me, 'If you become a soldier, you'll be a general. If you become a monk, you'll be the pope.' Instead I became a painter and wound up as Picasso.” The life and work of Pablo Ruiz Picasso, Malaga's most famous artist, is a whirlwind of emotion and sensations. To try and understand it all, join this tour in the heart of his city of birth.

After meeting up outside Andalusia's most visited art gallery, you'll enjoy a guided tour of the Museo Picasso. The permanent exhibition is housed in the magnificent Palacio de Buenavista, a beautiful 16th century building located right in Malaga's historical centre.

Your tour through the various rooms of the museum will allow you to admire some of Picasso's greatest works. 'Woman with Raised Arms', 'Jacqueline Sitting', 'The Three Graces' and 'Still Life with Cock and Knife' are among many that stand out. As you appreciate the details of his paintings, you'll learn about different sides of his life and works, including his transition from Cubism to Surrealism, and the various phases of his art, all equally relevant in his career.

Having finished your guided tour, you'll have some free time to explore the rooms you enjoyed the most at your own pace.

Entrance to the Picasso Museum in Malaga.

US$ 35.10
Free cancellation up to 24 hours before the service starts
Book

9.30 / 10 5,005 reviews
Explore Malaga's historic centre with a local guide. Get to know its most important streets and monuments in a fun and entertaining way. What's more, it's FREE!
Free!
Book
like

9.10 / 10 19 reviews
Have a delicious barbeque at sea on this catamaran trip along the coast of Malaga. You don't want to miss this Meditarannean adventure!
US$ 44.50
Book
like

8.70 / 10 168 reviews
Be spellbound by the magical sunset of Malaga leave when you take this fantastic evening catamaran ride.
US$ 21
Book