Set off on a full day trip from New York to Philadelphia and enjoy a guided tour of its historic district, before visiting Lancaster County, home of the Amish people, to take an authentic Amish buggy ride through the countryside.

Set off on a full day trip from New York to Philadelphia and enjoy a guided tour of its historic district, before visiting Lancaster County, home of the Amish people, to take an authentic Amish buggy ride through the countryside. 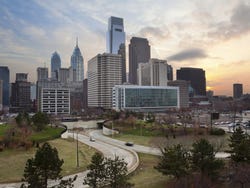 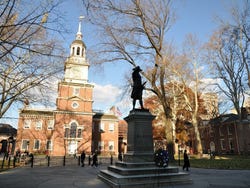 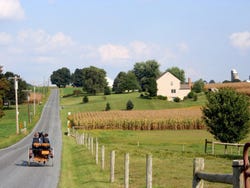 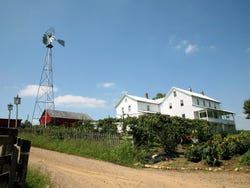 Departing from central Manhattan at 6:30 am by air-conditioned coach, we'll head through New Jersey and the charming Pennsylvania countryside. After a few hours’ drive, we'll reach Philadelphia, also known as The City of Brotherly Love.

The first stop on our guided tour of Philadelphia will be Chinatown, where we'll delve into this lively cultural enclave and admire the colourful Chinese Friendship Gate. Continuing onwards, we'll make our way along the Benjamin Franklin Parkway, the scenic boulevard home to numerous important attractions and landmarks.

We'll then discover Elfert Alley, the oldest street in the United States, and visit the most emblematic monuments in Philadelphia's historic district. Admire the Liberty Bell, one of the symbols of US independence, as well as seeing Constitution Square and Independence Hall, the birthplace of the Declaration of Independence and the Constitution.

After passing by the Philadelphia Museum of Art, one of the largest art museums in the country, we'll leave Philly behind and head to Amish Country. Arriving in Lancaster, home to the oldest Amish settlements in the country, we'll get to explore the traditional market for lunch (not included). We'll then embark on an Amish buggy ride through the surrounding farmland to learn how these families live their unique lifestyles.

After an unforgettable day of history and tradition exploring Philadelphia and the Amish Country, we'll return to New York, arriving back in the early evening.

Very good planning and timing. All thanks and congratulatios for our guide Zeneida, highly recomended!!!!!

6.90 / 10 7 reviews
Discover the world's most famous natural science collections with this ticket to the American Museum of Natural History. Ready to meet the T-Rex?
US$ 23
Book
like

8.60 / 10 56 reviews
Discover the world’s most important modern art collection by visiting the Museum of Modern Art (MoMA) in New York. Marvel at “Les Demoiselles d’Avignon” and “The Starry Night”.
US$ 25
Book
like