If there's one thing you can't miss at Christmas in the Big Apple, it's the Christmas Spectacular Show. Get your ticket to see the legendary Rockettes at the Radio City Music Hall.

If there's one thing you can't miss at Christmas in the Big Apple, it's the Christmas Spectacular Show. Get your ticket to see the legendary Rockettes at the Radio City Music Hall. 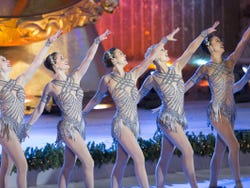 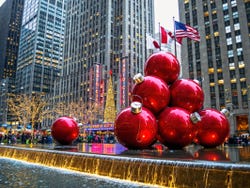 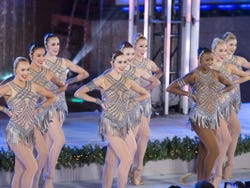 Radio City Christmas Spectacular is a show that has been performed in the legendary Radio City Music Hall since 1933 and has become an iconic Christmas show in New York.

The Rockettes dance company, who have been performing in this hall for decades, will be starring in this beautiful Christmas story. The spectacular synchronised dancing and innovative lighting make the show a magical experience for both adults and children. You'll travel through New York's most famous venues without leaving your seat.

What better way to feel the magic of the most wonderful time of year in the Big Apple?

Radio City Music Hall is considered the most important theatre in the United States and is located in the heart of the Rockefeller Center. Many famous personalities have walked through its doors to attend its premieres!

In addition, at Christmas time it's one of the best places for feeling the festive spirit in the Big Apple.

Despite being performed several times a week in one of New York's most important theatres, Radio City Christmas Spectacular has very limited availability, so we recommend booking as far in advance as possible.

The theatre assigns the best seats together that are available at the time of purchase. The sooner you book the better!

You'll have three types of tickets available for purchase. The difference between them is their proximity to the stage and their visibility of the show. The zones from lower to higher visibility are as follows:

On the following link, you can find the map with the seat distribution.

Although children under 2 years old can attend for free, they won't have a reserved seat but will instead sit on their guardian's lap.

It is compulsory to display a complete Covid vaccination certificate or a negative PCR or antigen test performed up to 48 hours before. The vaccine must be accepted in the country of activity.

Ticket to the Christmas Spectacular Show

You can book up until 15 days before the activity as long as there are still places. Book now to guarantee your spot.

An impressive show .. out of 10 !! Opinion translated. Show original.

9.30 / 10 5,307 reviews
Embark on our free New York City walking tour and explore Wall Street and the 9/11 Memorial & Museum with a professional guide.
Free!
Book
like

9.50 / 10 270 reviews
Experience the contrasts of New York, see its landmarks light up at night, explore iconic Harlem... Make the most of the city with your own personal guide.
US$ 430 per group
Book