Discover Odessa's fascinating history and cultural heritage on a guided walking tour of the elegant Ukrainian city's most important monuments and landmarks.

Discover Odessa's fascinating history and cultural heritage on a guided walking tour of the elegant Ukrainian city's most important monuments and landmarks. 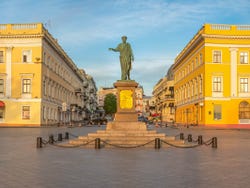 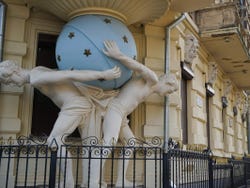 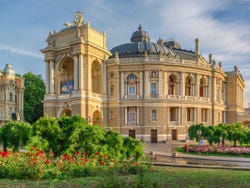 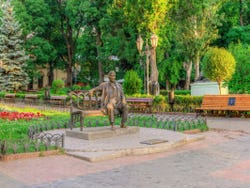 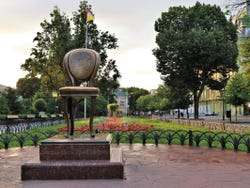 Meet your guide at 10 am at the National Academic Theatre of Opera and Ballet. This neo-baroque building, one of Odessa's most beautiful monuments, did not always look like this. We'll learn about the tragic event that forced it to be rebuilt.

From the theatre, we'll walk down Deribasovskaya Street, stopping at the City Garden. This park is home to a number of sculptures, including the Monument to the 12th Chair and the Statue of Leonid Utiosov, and our guide will reveal their history.

Continuing down Primorsky Boulevard, we'll see the sculpture of the Duc de Richelieu, before reaching the famous Potemkin Steps, where we'll have spectacular views of Odessa's harbour and the Black Sea.

We'll then admire the impressive colonnade of the nearby Vorontsov Palace, located in an area of Odessa also known for the House with Atlants, a mansion with a famous statue of two mythical Atlas figures.

After two and a half hours immersed in Odessa's history and culture, our tour will come to an end at 12:30 pm near the City Garden.

If you'd prefer, you can instead book our private tour of Odessa with an exclusive English-speaking guide just for you and your partner, family or friends - there will be no one else in the group.

US$ 22.70
Free cancellation up to 24 hours before the service starts
Book

Odessa Theatre of Opera and Ballet.

No rating yet
Delve into Cold War history and explore a former Soviet missile launch base on this day trip to the Strategic Missile Forces Museum from Odessa.
US$ 454.40 per group
Book
like

No rating yet
Odessa is one of the cultural capitals of the Black Sea. Discover its history and heritage on a private guided tour with an exclusive English speaking guide.
US$ 113.60 per group
Book
like

No rating yet
Ukrainian cuisine is a fusion of different recipes from across Eastern Europe. Delve into new flavours on this food tasting tour of Odessa​.
US$ 102.20 per group
Book