Located between Ukraine and Moldova, visiting the breakaway state of Transnistria is like stepping foot into the former Soviet Union. Immerse yourself in its history on this day trip from Odessa.

Located between Ukraine and Moldova, visiting the breakaway state of Transnistria is like stepping foot into the former Soviet Union. Immerse yourself in its history on this day trip from Odessa. 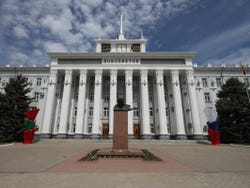 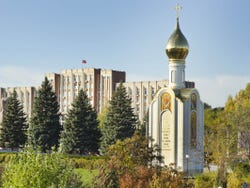 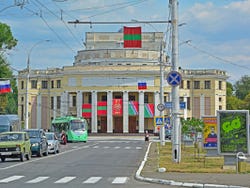 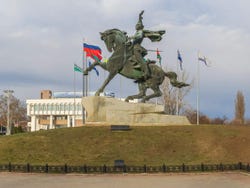 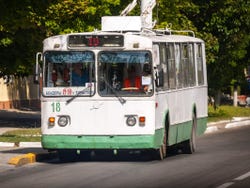 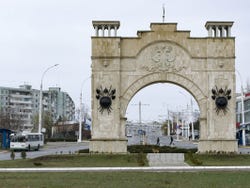 After picking you up from your hotel in Odessa at 9 am, we'll set off on the two hour drive to Tiraspol, capital of the autonomous territory of Transnistria.

Transnistria, which declared itself a republic in 1990 after the dissolution of the Soviet Union, is located between the Moldovan-Ukrainian border and the Dniester River. As we explore the breakaway state, you'll see how time appears to have stood still here. The buildings, the streets, the shops, the posters... everything you see is a reminder of the Soviet era, as the city still seems anchored in the USSR.

We'll embark on a panoramic tour of Tiraspol's most important monuments and landmarks, like the Supreme Council of Transnistria, the Lenin Monument and the statue of Aleksandr Suvorov, the city's founder. We'll then climb aboard a Soviet trolleybus and head to the nearby town of Bender.

In Bender, we'll discover more of Transnistria's Soviet heritage visiting the local market and seeing the USSR-era architecture. We'll then return to Tiraspol where you'll have an hour of free time to have lunch (not included).

Our day trip will come to an end back in Odessa, and you'll be dropped back off at your hotel at 6 pm.

Transport by car, minibus or bus depending on group size.

Per group from
US$ 338.40
Free cancellation up to 24 hours before the service starts
Book

No rating yet
Discover Odessa's fascinating history and cultural heritage on a guided walking tour of the elegant Ukrainian city's most important monuments and landmarks.
US$ 22.50
Book
like

No rating yet
Odessa is one of the cultural capitals of the Black Sea. Discover its history and heritage on a private guided tour with an exclusive English speaking guide.
US$ 112.80 per group
Book
like

No rating yet
Ukrainian cuisine is a fusion of different recipes from across Eastern Europe. Delve into new flavours on this food tasting tour of Odessa​.
US$ 101.50 per group
Book