Visit Port-au-Prince with a local guide and discover the devastation left behind by the earthquake while visiting the beautiful sights around the city.

Visit Port-au-Prince with a local guide and discover the devastation left behind by the earthquake while visiting the beautiful sights around the city. 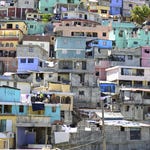 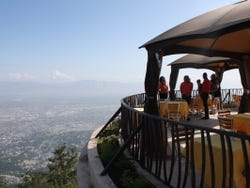 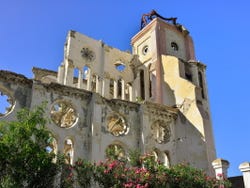 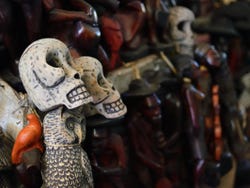 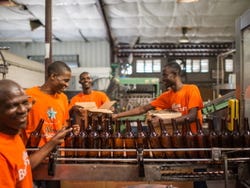 At 8 am we'll pick you up from your hotel and head to the first stop of the day: the National Palace, the Haitian President's official residence.

Once we arrive, you'll see the magnitude of the earthquake which hit the island on the 12th January 2010 and completely destroyed the palace. Learn about the history of the 18th century building, including how and why it had already been rebuilt once before in the 20th century.

We'll continue on to the Champs de Mars park and the Our Lady of the Assumption Cathedral. Afterwards, we'll go to the Iron Market where you'll find all sorts of things from home gadgets to Vudu figures; Vudu being one of the most important religions in the country.

The next stop will be the Barbancourt Rum Distillery, where we'll learn about the production process of the island's traditional drink. Did you know that it has won a prize for being one of the top five rums in the world?

The tour will finish admiring the impressive sights of the city from the L'Observatoire restaurant, where we'll enjoy a traditional Haitian meal, consisting of a main, a dessert and a drink.

After eating, we'll take you back to your hotel at 3 pm.

This tour includes pick up at hotels located in Port-au-Prince or the Arcadins Coast. If your hotel isn't in one of the two pick up areas we'll contact you to arrange a meeting point.

Tours or activities will not consist of more than 2 people per group.

€ 64.70
Free cancellation up to 24 hours before the service starts
Book

We had a great day with the local tour guides. Despite various tourist places closed due to the pandemic, we were able to make very interesting visits giving us a good overview of Port au Prince. We thank you for your availability and generosity :) See you soon Opinion translated. Show original.

No rating yet
Discover Haiti with this Tour of Jacmel and Bassin Bleu from Port-au-Prince. You'll visit a coffee and cacao plantation and dive into a natural pool.
€ 77.70
Book
like

No rating yet
Discover the charm enclosed in the stunning Salto de Agua waterfalls with this tour, and enjoy the remarkable views surrounding the Artibonite River.
€ 69.50
Book
like

No rating yet
Explore the beautiful natural enclaves that fill the landscape and the charm hidden around Haiti with this tour to the Péligre Lake and Bassin Zim.
€ 77.70
Book